Bring a speaker to your campus!

Bringing top scholars and thinkers on race and identity politics is as simple as filling out the form below. Interested in a different topic or speaker? Contact Elizabeth Newman at enewman@isi.org.

Featured Lecture Series: Race and the Promise of American Liberty

Schools and universities across the country are misleading students through programs that promote a revisionist account of American history. The “1619 Project” has been adopted in thousands of classrooms despite criticism from eminent historians about its credibility, and “Critical Race Theory” facilitators have disputed the nation’s commitment to equality before the law while pushing a divisive identity-based ideology.

ISI’s “Race And The Promise Of American Liberty” lecture series provides students with the resources they need to understand the founding principles that advance the ideals of freedom and justice for all Americans. Participating ISI societies will receive a guide that assigns readings and includes questions to help lead session discussions over the course of several weeks. Students will also have the opportunity to host a speaker with expertise on subjects including “Critical Race Theory,” identity politics, and American history. 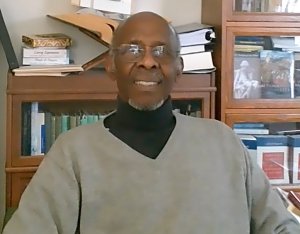 William B. Allen, Emeritus Professor of Political Philosophy in the Department of Political Science and Emeritus Dean, James Madison College, at Michigan State University. In 2018-20, he was Senior Scholar in Residence in the Benson Center for the Study of Western Civilization at the University of Colorado. He served previously on the United States National Council for the Humanities and as Chairman and Member of the United States Commission on Civil Rights. He most recently served as Chief Operating Officer at the Center for Urban Renewal and Education in Washington, D.C. He has published extensively, including Re-Thinking Uncle Tom: The Political Philosophy of H. B. Stowe (Lexington Books) and George Washington: America’s First Progressive (Peter Lang, Inc.). 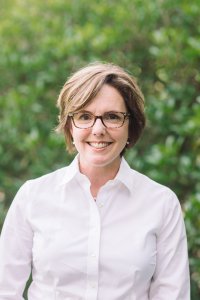 Elizabeth Corey is an associate professor of political science at Baylor University, in Waco, Texas. Her writing has appeared in a variety of popular and scholarly publications, including First Things, National Affairs, and the Wall Street Journal. She received a bachelor’s in classics from Oberlin College and master’s and doctoral degrees in art history and political science from Louisiana State University. She was the American Enterprise Institute’s Values and Capitalism Visiting Professor in 2018–19. She serves on the board of directors of the Institute on Religion and Public Life, publisher of First Things. 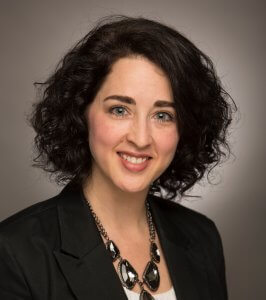 Rachel Ferguson is the director of the Center for Free Enterprise at Concordia University-Chicago, teaching managerial ethics, and assistant dean of the business school. Her research interests include Hume’s classical liberalism, the philosophy of economics, and Aristotelian virtue theory. She is also a board member for the Freedom Center of Missouri, a participant in Liberty Fund colloquia, and a reviewer for the Journal of Markets and Morality. Dr. Ferguson received her BA in philosophy from Lindenwood University and her PhD in philosophy from Saint Louis University. 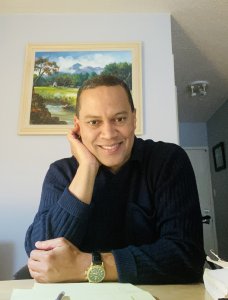 Jason D. Hill is professor of Philosophy at DePaul University and an Honors Distinguished Faculty member. He specializes in ethics, political philosophy, moral psychology, and U.S. foreign policy. He is the author of five books, including the bestselling We Have Overcome: An Immigrant’s Letter to the American People (Bombardier Books) and What Do White Americans Owe Black People? Racial Justice in the Age of Post Oppression (Bombardier Books, October 2021). 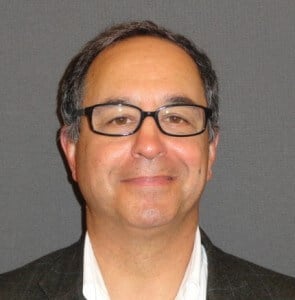 Dr. Joshua Mitchell is currently professor of political theory at Georgetown University. He has been Chairman of the Government Department and also Associate Dean of Faculty Affairs at SFS-Q. During the 2008-10 academic years, Dr. Mitchell took Leave from Georgetown, and was the Acting Chancellor of The American University of Iraq – Sulaimani. His research interest lies in the relationship between political thought and theology in the West. He has published articles in The Review of Politics, The Journal of Politics, The Journal of Religion, APSR, and Political Theory. In 1993 his book, Not By Reason Alone: Religion, History, and Identity in Early Modern Thought, was published by the University of Chicago Press. A second book, The Fragility of Freedom: Tocqueville on Religion, Democracy, and the American Future, was published in 1995, also by the University of Chicago Press. In 2006, Plato’s Fable: On the Mortal Condition in Shadowy Times, was published by Princeton University Press. His most recent book, Tocqueville in Arabia: Dilemmas in a Democratic Age, was published by the University of Chicago Press in 2013. More recently, he finished a book entitled American Awakening: Identity Politics and Other Afflictions of Our Time, published by Encounter Books in 2020. His next book-length project will be called The Gentle Seduction of Tyranny. In addition to teaching at Georgetown University, Dr. Mitchell writes extensively about contemporary American politics, and is an avid conservationist, committed to stewardship on his small farm on the Eastern Shore, and is working on the development of the next generation of solar-electric sailboats. 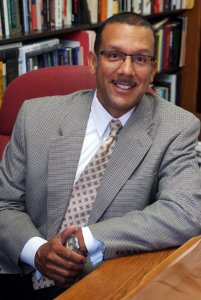 Professor Lucas Morel has taught politics at Washington and Lee University since July 1999. His research focuses on Abraham Lincoln, Frederick Douglass, and Ralph Ellison. He also teaches in the summer Master’s Program in American History and Government at Ashland University in Ohio; summer programs for the Claremont Institute for the Study of Statesmanship and Political Philosophy; and high school teacher workshops sponsored by the Ashbrook Center, the Gilder-Lehrman Institute, the Jack Miller Center, the Bill of Rights Institute, and the Liberty Fund. In 2008-09, he was the Garwood Visiting Research Fellow at the James Madison Program in American Ideals and Institutions at Princeton University. Prof. Morel is a trustee of the Supreme Court Historical Society, former president of the Abraham Lincoln Institute, a consultant on Library of Congress exhibits on Lincoln and the Civil War, and was a member of the scholarly board of advisors for the Abraham Lincoln Bicentennial Commission. He currently serves on the U.S. Semiquincentennial Commission, which will plan activities to commemorate the 250th anniversary of the founding of the United States of America. He has written for the Los Angeles Times, Christian Science Monitor, and Richmond Times-Dispatch. 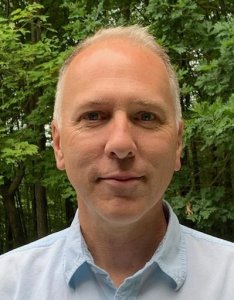 Darel E. Paul is Professor of Political Science and Chair of the Program in Political Economy at Williams College. He is the author of three books, including From Tolerance to Equality: How Elites Brought America to Same-Sex Marriage (Baylor University Press, 2018), and numerous academic articles on elite ideologies in Western countries and their manifestation in public policies. His writing for a popular audience frequently appears in First Things and has also been published in The American Conservative, Quillette, Areo Magazine, and The American Mind. 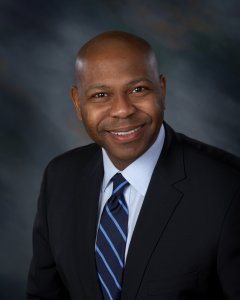 Jason Riley is a senior fellow at the Manhattan Institute and a columnist for the Wall Street Journal, where he has written about politics, economics, education, immigration and social inequality for more than 25 years. He’s also a frequent public speaker and provides commentary for television and radio news outlets.
After joining the Journal in 1994, Mr. Riley was named a senior editorial page writer in 2000 and a member of the Editorial Board in 2005. He joined the Manhattan Institute, a public policy think tank focused on urban affairs, in 2015.
Mr. Riley is the author of four books: Let Them In: The Case for Open Borders (2008); Please Stop Helping Us: How Liberals Make It Harder for Blacks to Succeed (2014); False Black Power? (2017); and Maverick: A Biography of Thomas Sowell (2021).
Born in Buffalo, N.Y., Mr. Riley earned a bachelor’s degree in English from the State University of New York at Buffalo. He has also worked for USA Today and the Buffalo News. He lives in suburban New York City. 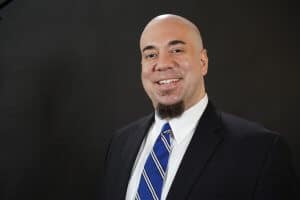 Wilfred Reilly is an Associate Professor of Political Science at Kentucky State University, and the author of the books “Taboo: 10 Facts You Can’t Talk About,’ “Hate Crime Hoax,” and “The $50,000,000 Question.” Reilly has published pieces in Academic Questions, Commentary, Quillette, and a number of other journals and magazines. His research interests include international relations and the prevention of war, contemporary American race relations, and the use of modern quantitative methods to test “sacred cow” theories such as the existence of widespread white privilege. Off work, he enjoys dogs, archery, basketball, Asian cooking, and beer. Reilly has been described, by himself, as “the greatest mind of a generation.”

Break Line (this text will not be visible when viewing the page)
Request Dr. Reilly 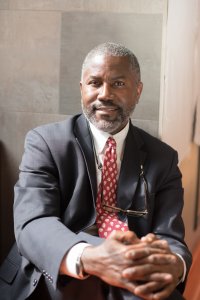 Ian Rowe is the cofounder of Vertex Partnership Academies, a network of International Baccalaureate high schools launching in the Bronx in 2022; a senior fellow at the American Enterprise Institute, focused on education, upward mobility, family structure and adoption; chairman of the board of Spence-Chapin, a premier adoption organization; the cofounder of Cadence Learning (the National Summer School Initiative); a senior visiting fellow at the Woodson Center and 1776 Unites; and an advisor for FAIR For All.
Formerly he was CEO of Public Prep, a non-profit network of all-boys and all-girls public charter schools; deputy director of postsecondary success at the Gates Foundation; senior vice president of strategic partnerships and public affairs at MTV; director of strategy and performance measurement at the USA Freedom Corps office in the White House; and a director at Teach For America.
He has been published in the New York Post, The Wall Street Journal, USA Today and the Washington Examiner. Mr. Rowe has an MBA from Harvard Business School, a BS in computer science engineering from Cornell University, and is a product of the NYC public school system K-12. He is the author of the upcoming book Agency, to be published by Templeton Press. 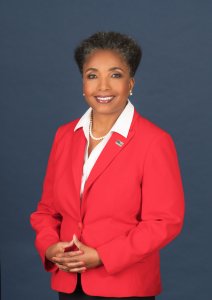 Dr. Carol Swain is a former tenured professor at Princeton and Vanderbilt Universities. She is also an author, commentator, and entrepreneur. Her opinion pieces have been published in The New York Times, The Washington Post, The Epoch Times, The Financial Times, and The Wall Street Journal. She is the host of Conversations with Dr. Carol Swain, a television show listed on YouTube, Rumble, and the Binge TV Network. Dr. Swain is the owner and founder of Unity Training Solutions which offers an alternative to Diversity, Equity, and Inclusion Training (DEI), and she is the founding president of the Be the People Project, a nonprofit that educates Americans about conservative values and principles. Dr. Swain has authored or edited 10 books. Her most recent co-authored (Dr. Chris Schorr) book, Black Eye for America: How Critical Race Theory is Burning Down the House, is an Amazon bestseller in the areas of education inclusive methods and democracy. 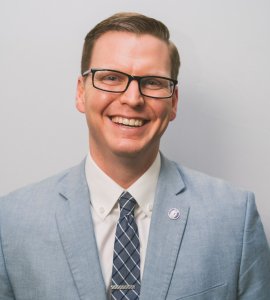 Marcus M. Witcher is an Assistant Professor of History at Huntingdon College in Montgomery, Alabama. He received his BA from the University of Central Arkansas in 2011, an MA from the University of Alabama in 2013, and completed his Ph.D. in history from UA in 2017. His first book, Getting Right with Reagan: The Struggle for True Conservatism 1980-2016, was published by the University Press of Kansas in 2019. He is also the co-author, with Rachel Ferguson, of Black Liberation Through the Marketplace: Hope, Heartbreak, and the Promise of America. 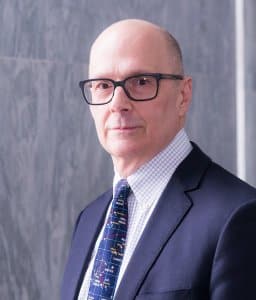 Peter W. Wood is president of the National Association of Scholars. A former professor of anthropology and college provost, he is the author of several books about American culture, including Diversity: The Invention of a Concept (2003); A Bee in the Mouth: Anger in America Now (2007); and Diversity Rules (2020), and 1620: A Critical Response to the 1619 Project (2020). He is editor-in-chief of the journal Academic Questions and a widely published essayist. In 2019, he received the Jeane Kirkpatrick Prize for contributions to academic freedom.