What We Celebrate on the Fourth of July: Calvin Coolidge on the Declaration of Independence - Intercollegiate Studies Institute
Skip to content

What We Celebrate on the Fourth of July: Calvin Coolidge on the Declaration of Independence

This Fourth of July, amid the cookouts, parades, and fireworks, it’s worth taking a moment to reflect on what it is we’re celebrating: the birthday of the United States of America, the date of the signing of the Declaration of Independence.

As Amy A. Kass, Leon R. Kass, and Diana Schaub remind us in their marvelous anthology What So Proudly We Hail, the Fourth used to be “marked by specially prepared orations that commemorated our founding principles.” Perhaps the best of “this at once celebratory and reflective genre” is President Calvin Coolidge’s 1926 speech delivered in Philadelphia in honor of the Declaration’s 150th anniversary. Coolidge, the first and only president born on the Fourth of July, affirms the enduring veracity of human equality, inalienable rights, and the consent of the governed—“those old theories and principles which time and the unerring logic of events have demonstrated to be sound.”

Coolidge’s speech is well worth reading today, not least as a response to progressive claims that we have somehow moved beyond the wisdom of the Founders.

We meet to celebrate the birthday of America. That coming of a new life always excites our interest. Although we know in the case of the individual that it has been an infinite repetition reaching back beyond our vision, that only makes it more wonderful. But how our interest and wonder increase when we behold the miracle of the birth of a new nation. It is to pay our tribute of reverence and respect to those who participated in such a mighty event that we annually observe the 4th day of July. Whatever may have been the impression created by the news which went out from this city on that summer day in 1776, there can be no doubt as to the estimate which is now placed upon it. At the end of 150 years the four corners of the earth unite in coming to Philadelphia as to a holy shrine in grateful acknowledgment of a service so great, which a few inspired men here rendered to humanity, that it is still the preeminent support of free government throughout the world.

Although a century and a half measured in comparison with the length of human experience is but a short time, yet measured in the life of governments and nations it ranks as a very respectable period. Certainly enough time has elapsed to demonstrate with a great deal of thoroughness the value of our institutions and their dependability as rules for the regulation of human conduct and the advancement of civilization. They have been in existence long enough to become very well seasoned. They have met, and met successfully, the test of experience.

It is not so much, then, for the purpose of undertaking to proclaim new theories and principles that this annual celebration is maintained, but rather to reaffirm and reestablish those old theories and principles which time and the unerring logic of events have demonstrated to be sound. Amid all the clash of conflicting interests, amid all the welter of partisan politics, every American can turn for solace and consolation to the Declaration of Independence and the Constitution of the United States with the assurance and confidence that those two great charters of freedom and justice remain firm and unshaken. Whatever perils appear, whatever dangers threaten, the Nation remains secure in the knowledge that the ultimate application of the law of the land will provide an adequate defense and protection. . . .

It was not because it was proposed to establish a new nation, but because it was proposed to establish a nation on new principles, that July 4, 1776, has come to be regarded as one of the greatest days in history. Great ideas do not burst upon the world unannounced. They are reached by a gradual development over a length of time usually proportionate to their importance. This is especially true of the principles laid down in the Declaration of Independence. Three very definite propositions were set out in its preamble regarding the nature of mankind and therefore of government. These were the doctrine that all men are created equal, that they are endowed with certain inalienable rights, and that therefore the source of the just powers of government must be derived from the consent of the governed. . . .

In its main features the Declaration of Independence is a great spiritual document. It is a declaration not of material but of spiritual conceptions. Equality, liberty, popular sovereignty, the rights of man—these are not elements which we can see and touch. They are ideals. They have their source and their roots in the religious convictions. They belong to the unseen world. Unless the faith of the American people in these religious convictions is to endure, the principles of our Declaration will perish. We can not continue to enjoy the result if we neglect and abandon the cause. . . .

About the Declaration there is a finality that is exceedingly restful. It is often asserted that the world has made a great deal of progress since 1776, that we have had new thoughts and new experiences which have given us a great advance over the people of that day, and that we may therefore very well discard their conclusions for something more modern. But that reasoning can not be applied to this great charter. If all men are created equal, that is final. If they are endowed with inalienable rights, that is final. If governments derive their just powers from the consent of the governed, that is final. No advance, no progress can be made beyond these propositions. If anyone wishes to deny their truth or their soundness, the only direction in which he can proceed historically is not forward, but backward toward the time when there was no equality, no rights of the individual, no rule of the people. Those who wish to proceed in that direction can not lay claim to progress. They are reactionary. Their ideas are not more modern, but more ancient, than those of the Revolutionary fathers. . . .

Under a system of popular government there will always be those who will seek for political preferment by clamoring for reform. While there is very little of this which is not sincere, there is a large portion that is not well informed. In my opinion very little of just criticism can attach to the theories and principles of our institutions. There is far more danger of harm than there is hope of good in any radical changes. We do need a better understanding and comprehension of them and a better knowledge of the foundations of government in general. Our forefathers came to certain conclusions and decided upon certain courses of action which have been a great blessing to the world. Before we can understand their conclusions we must go back and review the course which they followed. We must think the thoughts which they thought. Their intellectual life centered around the meetinghouse. They were intent upon religious worship. While there were always among them men of deep learning, and later those who had comparatively large possessions, the mind of the people was not so much engrossed in how much they knew, or how much they had, as in how they were going to live. While scantily provided with other literature, there was a wide acquaintance with the Scriptures. Over a period as great as that which measures the existence of our independence they were subject to this discipline not only in their religious life and educational training, but also in their political thought. They were a people who came under the influence of a great spiritual development and acquired a great moral power. 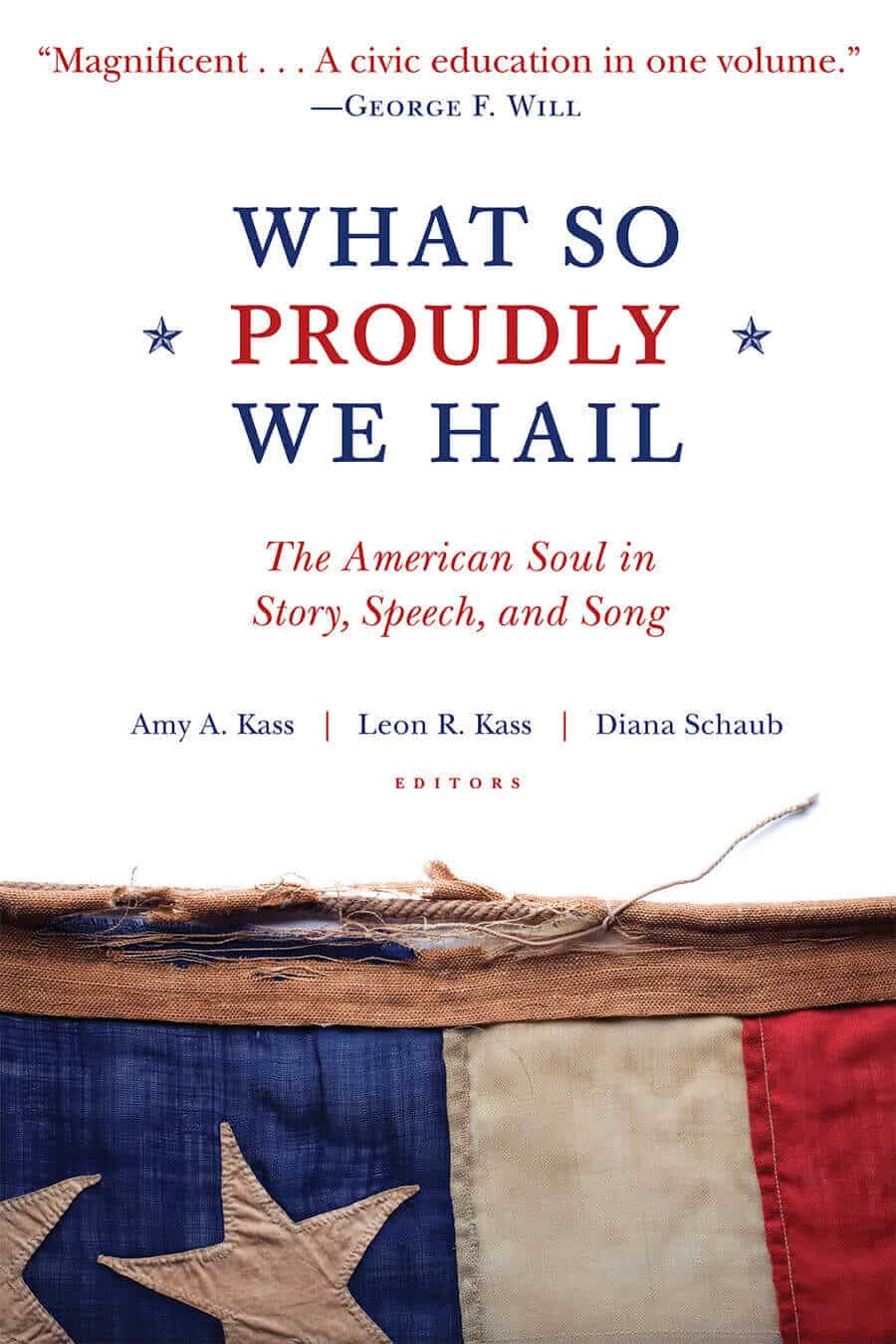 No other theory is adequate to explain or comprehend the Declaration of Independence. It is the product of the spiritual insight of the people. We live in an age of science and of abounding accumulation of material things. These did not create our Declaration. Our Declaration created them. The things of the spirit come first. Unless we cling to that, all our material prosperity, overwhelming though it may appear, will turn to a barren scepter in our grasp. If we are to maintain the great heritage which has been bequeathed to us, we must be like-minded as the fathers who created it. We must not sink into a pagan materialism. We must cultivate the reverence which they had for the things that are holy. We must follow the spiritual and moral leadership which they showed. We must keep replenished, that they may glow with a more compelling flame, the altar fires before which they worshiped.

President Calvin Coolidge’s speech on the 150th anniversary of the Declaration of Independence is excerpted from What So Proudly We Hail: The American Soul in Story, Speech, and Song, edited by Amy A. Kass, Leon R. Kass, and Diana Schaub.