The following comes from Danford’s excellent book Roots of Freedom: A Primer on Modern Liberty.

Modern Western “democracies,” as they are usually called, are actually better described as liberal commercial societies.

They rest on principles of individualism and individual rights—especially legal rights—which are more fundamental than democracy, and also much newer. Democracy, after all, is an ancient Greek word for “rule by the many,” and democracies have not until quite recently been regarded as very good or fair types of governments. The many can oppress the few quite as easily as the reverse, and the notion of individual rights actually has more to do with limiting the power of any government—whether by the many, or by a king, or by a party—to treat individuals unjustly.

In a very general way the core idea of liberal commercial societies is individualism. The view that has gained acceptance in the last three hundred years in the West is that society should be thought of as a collection of individuals whose needs and purposes lead them to constitute society, or to continue living in a society, as a way of furthering their individual needs and purposes.

This individualism thus presumes that human beings should be understood primarily as individual organisms, who are what they are whether or not they live in some social order. More than that, it presumes that the needs and goals of human individuals—not just survival, but dignity, the active use of faculties, and a measure of security and comfort—are able to be understood in reference to individual men and women, with society but a means to achieve the goals or supply the needs more reliably or more easily.

This view of human beings as individuals “by nature” was advanced as a challenge to the view that rested at the core of classical political science, a mode of thinking which prevailed in the West (where it was invented in ancient Greece) for nearly two thousand years. The modern view can best be understood in comparison to the older view it replaced. The prevailing modern view was not unknown to ancient or classical thinkers, of course, but they rejected it in favor of an understanding more closely connected to their conception of the nature of all things.

The Polis and “Full Humanity”

The ancient Greek political philosophers taught that man is by nature a political being. By this they meant that human beings are suited naturally—by nature—for life in a particular sort of community, called a polis or city. Any human being not fortunate enough to live in a polis, they said, would not be capable of realizing his full humanity or “humanness.”

They also knew that many, if not most, men and women were cut off from the possibility of being fully human because they lived either outside cities (as nomads or shepherds, condemned to what Marx later disparaged as the “idiocy of rural life”), or in vast empires, far too large to have any taste of genuine political life.

The special characteristic of a city or polis is that in a city human beings are able to exercise one of their highest, most human faculties, which the Greeks called logos or reasoned speech. This capacity is involved in all political deliberation, by which human beings exercise choice about how to live and how to constitute social life itself. According to Aristotle, the faculty of logos distinguishes men from all other animals. It is also what makes man the only being who is political by nature. Any man who lives outside a polis, he taught, must be either a beast or a god—either less than human (because falling short of the true human potential) or more than human (and hence self-sufficient).

The Greeks thought one should conceive the nature of anything by thinking about its perfection or completion, that is, what the thing is able to be in the best or most appropriate circumstances. This is an extraordinarily dynamic way of looking at things: each particular example of a thing (whether a man or an oak tree), since it falls short of perfection, could be said to point beyond itself to what it ought to be. This exciting idea led men to think about what a polis or city ought to be, or what the nature of political life would be in its full perfection.

And this is where complexities began to develop. The lofty idea that man is a political being by nature seemed, on reflection, to have troubling consequences in at least two respects.

Two Problems with “Man as a Political Being”

One troubling implication was brought out by Aristotle himself, the greatest classical political scientist.

He began by examining the claim that man’s political nature is only fully developed when human beings live in a community and rule themselves, that is, when they speak, deliberate, and choose. If ruling is a noble and challenging occupation, one which develops and displays man’s highest faculties, it would seem obvious that anyone seeking to develop his capacities and test himself to the fullest would seek to rule, and seek to rule in the most challenging circumstances.

If this is so, then to rule a larger territory or more people—which is more difficult—must be better, and to rule on a larger scale would show a man to be more fully human that someone who rules a smaller city or fewer people. Thus the notion that political rule is the most human or noble calling seems to lead to the consequence that just as a man will seek to extend his rule, a fully developed polis will seek to rule over others. Such a polis will be, in short, imperialistic in its inclinations. For Aristotle this logic suggested the need to reexamine the notion of political activity as a choice worthy for its own sake.

If man is political by nature, a man can only become fully human if he is fortunate enough to live in a political community, and indeed in one which permits or even encourages the full flowering of his most human capacities. If we understand human nature this way, we must conclude that what a human being becomes depends on the polis or city where that human being grows up. Thus he would be indebted to the city for his very humanness, for those capacities that set him apart as fully human.

On such an understanding, a man’s primary relation to the city or polis is one of obligation. The duties of citizenship, which can be very burdensome, would have the greatest claim on a man’s time and attention because the individual is in principle subordinate to the polis or city. 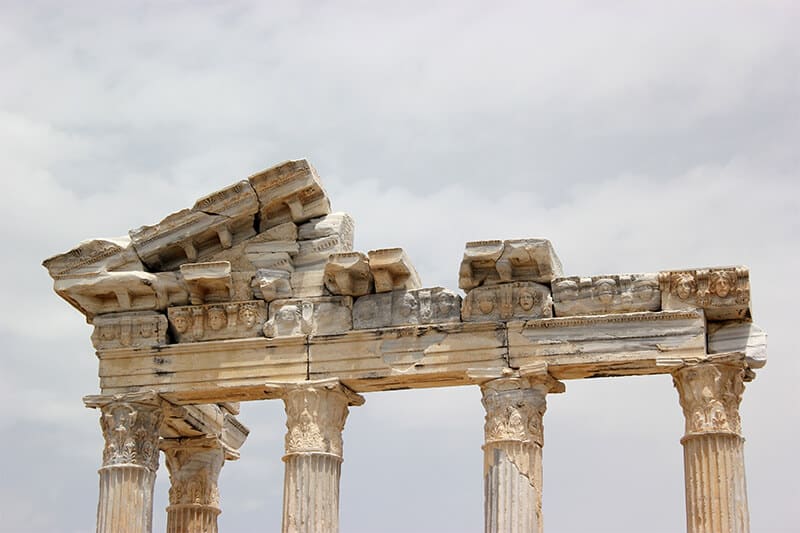 But is there then any limit to what the city can ask of the citizens or subject them to? Does the city’s claim on the citizen cover not merely his time and loyalty but his property? Does it extend even to his children? Must everything be understood as belonging in principle to the polis first? And what of those who are not rulers in the city—since not all can be rulers? Is there anything valuable in their lives? Are there any human capacities they can display or enjoy or take pride in? Doesn’t the elevation of the political realm in such an understanding mean at the same time the denigration of all other human endeavors, of the other parts of human life?

Aristotle’s theoretical attempt to resolve the problem was based on the suggestion that while man is a political being by nature, he is also potentially more than that. The idea that political activity is the highest way of exercising the distinctly human virtues is, according to Aristotle, based on a mistaken understanding of “activity.” It is agreed, he said, that “the best way of life both separately for each individual and in common for cities is that accompanied by virtue.” But while some believe virtue is displayed only in political life and ruling, others say another kind of activity exists which is not political, though it does involve the highest faculties. This other kind of active life involves the life of the mind, and points to the philosophic life as the highest or best, rather than that of political rule.

But surely a city cannot be devoted to philosophy, the province of only a few rare and gifted minds? Aristotle’s compromise between these two notions is to say that, while it is not possible for a city to lead the philosophic life, a sort of approximation to or echo of the philosophic life can be found in a life devoted to education and the arts. These, he said, are proper concerns for a city. The best possible city, then, would be one not devoted to ruling, war, and tyranny over others, but to the “internal activities” of education, drama, and the other arts.

As these words suggest, the ancient Greeks were aware, however dimly, of the possibilities of individualism. For at least a brief time, in at least one ancient polis, men and women took seriously the idea that not everything should be subordinated to the requirements of the community—at least in normal times, when the city was at peace. While Athenian individualism was a far cry from the individualism of modern liberal societies, its brief existence and quick demise teach an important lesson about the fragility of any social order willing to emphasize or tolerate the idea that an individual has dignity in his own right and not merely as a cog in the larger machine of political life.

But individualism—notwithstanding its appearance in the ancient world, Christian as well as pagan—never attained prominence in that world. What we have glimpsed briefly in long-ago Athens soon disappeared, and many centuries were to pass before a genuine individualism was to appear again, on more solid foundations.

Such societies have existed for a very brief span, considered against the background of human history in general, and their existence may depend, more than most people think, on the ideas men and women hold dear.

John W. Danford is professor of political theory at the University of Chicago. He is author of Wittgenstein and Political Philosophy, David Hume and the Problem of Reason, and Roots of Freedom: A Primer on Modern Liberty.

Images by Nick Karvounis and Micheile Henderson via Unsplash.

Are you studying the right things? In just 54 pages this free ebook introduces you to the key thinkers and concepts you need to understand political philosophy.