“Out of tales of wonder comes awe—and the beginnings of philosophy. The images of fantasy move us lifelong.” —Russell Kirk

So Star Wars: The Force Awakens, Episode VII, Antidote to Episodes I, II, and III, has landed with a Big Bang, and there I was, all misty-eyed with nostalgia, in my fancy plush stadium seating, remembering Episode IV, which, in 1977, we knew only as Episode Nought, for who thought sequel, naive proto-nerdlings that we were, in our banged-up metal chaises barely fit for a human behind. No worries: I won’t spoil it for you, other than to say that Harrison Ford was well worth his exorbitant fee, as he is the only reason to see this unimaginative emulation, more copycat than homage, of George Lucas’s equally unoriginal original space-western. Boasting a storyline with more holes than I-95 North, a lot of running, and more than two “RUKMs,” this new recent and pluralistic Force was something left of astonishing.

Nevertheless, director J. J. Abrams & Co. will go on to make a hundred million billion trillion dollars, not to mention spit out more branded merchandise than Buckingham Palace on the queen’s birthday—and I begrudge them not one red, white, and blue cent. And while this turned out to be more Star Bores than anything (I missed one “startling” revelation while doodling in my head what a cathedral would look like made entirely of cheese), I looked forward to it with the overweening anticipation of, well, a Star Wars fan, especially after Han Solo made his appearance at Comic-Con last summer. 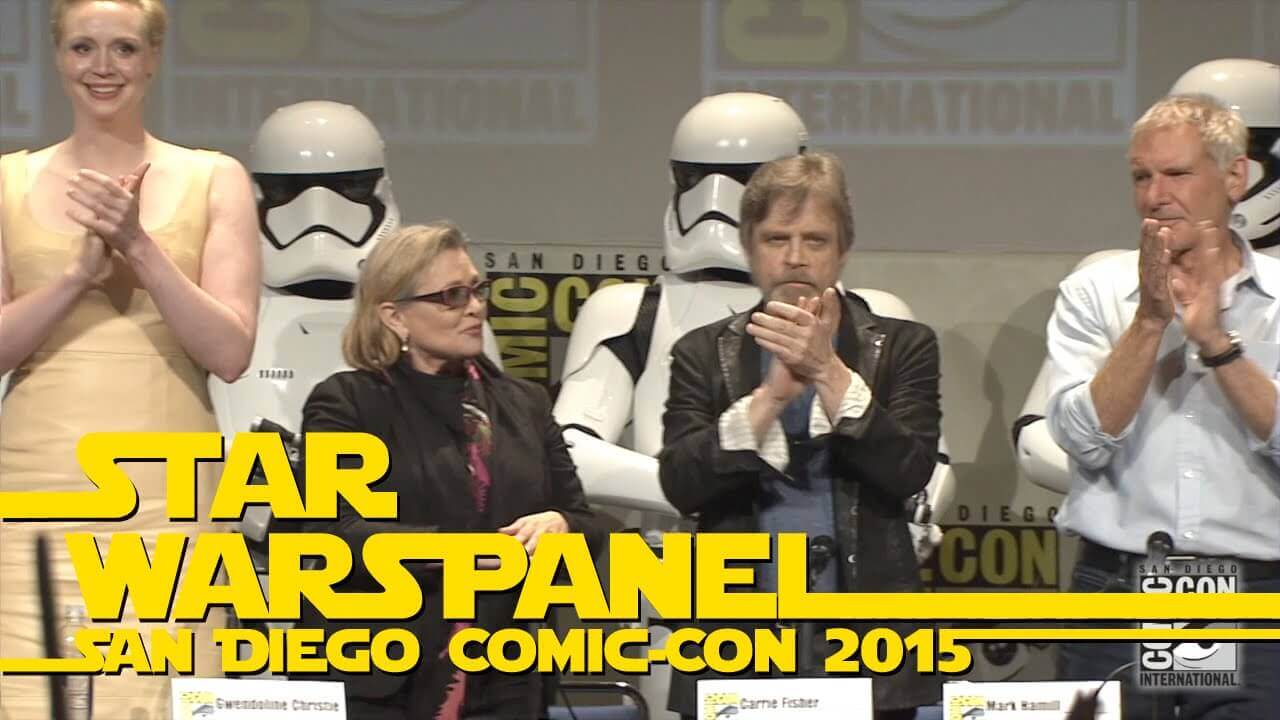 I get the biggest kick out of the whole Comic-Con phenomenon, I must admit, and do hereby vow by vintage Mego action figures in original packaging that I will attend the big kahuna someday, the one in San Diego. Some of you no doubt are thinking, “Really? That cult of adolescent fetishism? That convention of Peter and Princess Pans, of Spock-eared insurance salesmen barking ‘Set phasers to stun’ as if it were a categorical imperative? In a world where children are being crucified, where human trafficking and sex slavery are practically franchises, where psychopaths deliberately misdiagnose patients in order to give them expensive chemo, bankrupting them, destroying their immune systems, for nothing, for money, where groupthink and party devotion are crushing basic freedoms daily, you would waste your time on such silliness?”

Yes, well, I was about to fix all that, but a really fun episode of The Outer Limits was on Wayback TV and I got distracted.

Believe me, you don’t want to live in a country that doesn’t cotton to Comic-Con, that doesn’t know how to play—even well into bloated middle-age adulthood. When exactly are you too urbane, too grounded, too damn serious to set out on intergalactic adventures, to break out of your gravitational pull, to defy, if not the laws of physics, at least the laws of the likely, the inevitable, the everyday—even if never leaving the comfortable confines of your climate-controlled googolplex?

You know when? When you’re part of the problem is when.

Does that mean cultures that enjoy cosplay manage to avoid social inequities and political corruption, some self-impressed blockhead is likely to ask? Of course not. My point is that such cultures also manage to enjoy “a new hope.”

There is nothing more threatening to the totalitarian, the terrorist, and the would-be utopian1—whether in the progressive, theocrat, or white-supremacist mold—than the mind set free to roam where it will. And there is nothing so subversive as the “mass market, low-brow, youth-oriented writer” of fantasy and science fiction, because these architects of alternate worlds and creators of counterfactuals, posers of awful questions, scholars of unhistory, not as it was but as it might have been, conjurors of better tomorrows and augurs of Brave New Worlds, are mostly too humble in aspect, too inscrutable in intention, to garner much vexatious notice from the Nadya Krupskayas of the world.

So let’s use this Star Wars moment to celebrate, too, Wells and Wolfe, Orwell and Campbell, Swift and Carroll, Huxley and Verne, Tolkien and Dick, Lewis and Clarke, Herbert and Gibson, Asimov and Adams, Burgess and Card, Bradbury and Lem, Tezuka and Kubrick, Bulgakov and Zamyatin, Heinlein and Boulle, Vonnegut and Shelley, L’Engle and King, Stephenson and Peake, Roddenberry and Whedon, Serling and Ellison, Fontana and Gernsback, Spielberg and Burton, Zemeckis and O’Bannon, Nolan and Nolan, Gilliam and Gaiman, Cronenberg and Crichton, Méliès and Pal, Harrison and Scott, Pratchett and Proyas, Kasdan and Collins, Walker and Wright, Martin and Lem, Miller and Miller, the Wachowskis and van Vogt—all the fabulists, futurists, prophets, and poets; the CGI masters and makers of models, art directors and costume designers; the innumerable pen-and-ink-stained wretches, drawers of panels, gutters, and splashes, tilting at drafting tables; and every one of their besotted fans and conventioneers,2 without whom things would be “exactly what they are,” making life just one “long dental appointment.”3

And while I chafed at the bizarre family resemblances in the latest Jedi fable (despite the critical ballyhoo, which seemed to glory more in the cast’s diversity than bemoan the tracing-paper plot), I will no doubt be standing in line somewhere opening weekend of Episode VIII, wondering which Han Solo—Oscar Isaac or John Boyega—will be pressed into carbonite, whether Sarko Plank is a futuristic skin condition, and who Daisy Ripley’s father’s brother’s nephew’s cousin’s former roommate is.

Until then, there’s always Blade Runner 2.

Anthony Sacramone is managing editor of ISI Books, Modern Age, and the Intercollegiate Review. He once saw Harrison Ford coming out of the old Vertical Club on East 61st Street in Manhattan but was too stunned to ask for an autograph.

Oh, before I go: in regards to my celebratory list of creative talent—it is not meant to be exhaustive, as if any list could be. For example, I only alluded to comic-book writers and artists without attempting to call them out by name, this to stay somewhat focused and relatively (for me) brief. As for other novelists and filmmakers, there will undoubtedly be a chorus from some quarters of “What about him? What about her? What about them?” Well, what about them? Either I am unfamiliar with their work and didn’t want to throw in their names just because they’re fabulously “successful” or award-winning. Or I’m not a fan and don’t care if you ever read or see their work. Or I simply forgot them. So make your own damn list.