A Man for Our Season - Intercollegiate Studies Institute
Skip to content

A Man for Our Season

Not all saints are “men for all seasons”. This is why, according to the explanation of Cardinal Wuerl, the Church calendar changes so often. There are so many saints, and so few days in the year. Some are more suited to speak to our present struggles than others.

Blessed Karl of Austria, whose feast day is celebrated on the 22nd of October, is one of those men who might not be the man for all seasons, but it is evidently clear he is the man for our season.

We live in an age where politicians from both parties seek their own interests. Blessed Karl lived only to serve his peoples. After losing his throne he refused to abdicate his titles, and still claimed to be the rightful ruler of Austria and Hungary, saying “I must uphold the right, the dignity and honor of the Crown…. For me, this is not something light. With the last breath of my life I must take the path of duty. Whatever I regret, Our Lord and Savior has led me.” 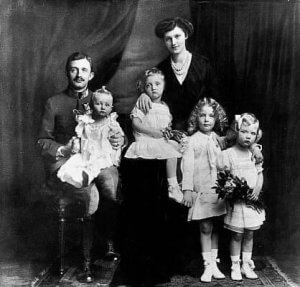 We live in an age where love is free and sex is cheap, and the family is withering from outside attacks and from the brokenness within. Blessed Karl is remembered as a family man, dedicated to his wife and children because he knew how to properly order his love. He said to his wife on the day of their wedding, that they must not simply help each other to be happy or successful in life, but, “[N]ow we must help each other get to Heaven.” When declared Blessed by Pope John Paul II, the day chosen for Karl’s feast was not the anniversary of his death or birth, but rather the anniversary of his wedding to Empress Zita.

Blessed Karl also challenges a good many of our assumptions as victorious westerners. It’s not insignificant that his country fought against the United States and Britain in World War I. As soon as he ascended the throne he sought peace with his enemies, but President Woodrow Wilson, whose progressive ideals envisioned a post-war Europe without antiquated kings and queens, refused to negotiate and instead promoted the splintering of the Empire. If Karl is blessed then the United States was wrong in the aftermath of World War I. If Karl had been strengthened instead of weakened, it is doubtful the Second World War would have occurred at all.

When Pope Saint Pius X met Emperor Karl, he prophesied that the young emperor would do great things for his peoples, but that this would not be appreciated till after his death. The prophecy was fulfilled. Karl died in exile, forgotten by the world. But now, almost a century after the First World War, we can see history’s justification and recognize that Karl of Austria is a man for our times.