4 Forgotten Founders You Should Know

You’re familiar with the most famous of the American Founders: Hamilton, Jefferson, Washington, Franklin. But how many others do you know?

While the status of some Founders has risen and fallen depending on the politics of the day, as well as their dearth of writings, alleged moral failings, and even eccentricities, it’s important to know their names and contributions. It corrects the erroneous notion that the Founders were a single-minded, monolithic fraternity. Moreover, it enriches our understanding of American history. And it reminds us of the importance of good scholarship.

Here are four Founders you should know. 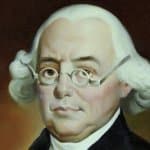 James Wilson was a “reluctant revolutionary,” but he played a significant role in the American Revolution and was a signer of the Declaration of Independence. He was one of the most important delegates at the federal Constitutional Convention, where he argued consistently for a strong and democratic national government. His early defense of the proposed Constitution and his leadership in the Pennsylvania ratifying convention did much to secure the Constitution’s approval. Wilson served as one of the new nation’s first Supreme Court justices, and his Lectures on Law contains some of the period’s most profound commentary on the Constitution and American law.

Wilson played a critical role in drafting the U.S. Constitution. He consistently argued for a strong and democratic national government that would protect the natural rights of its citizens.

Wilson offered one of the earliest and most influential responses to anti-Federalist criticisms of the Constitution. Under his leadership, Pennsylvania became the second state to ratify the document.

Wilson was one of the leading political and legal theorists among the Founders.

“The pyramid of government—and a republican government may well receive that beautiful and solid form—should be raised to a dignified altitude: but its foundations must, of consequence, be broad and strong, and deep. The authority, the interests, and the affections of the people at large are the only foundation, on which a superstructure, proposed to be at once durable and magnificent, can be rationally erected.”
—James Wilson, Lectures on Law, 1791 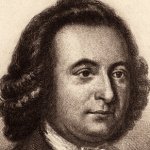 George Mason played pivotal roles in important representative assemblies of his state and nation, including Virginia Conventions in 1775 and 1776, the Constitutional Convention of 1787, and the Virginia ratifying convention of June 1788. His contributions to the political documents of the founding era are his most enduring legacy. He was the principal draftsman of the Fairfax Resolves, Virginia’s first state constitution, and, most famously, Virginia’s Declaration of Rights, which is still enshrined in the Commonwealth’s laws. The Virginia Declaration influenced numerous state, national, and international declarations of rights and informed essential phrases in the U.S. Declaration of Independence. At the Constitutional Convention of 1787, Mason labored to shape the national constitution, but, in the end, he refused to sign it and led the campaign to thwart its ratification. After unsuccessfully moving to add a bill of rights to the proposed national constitution, he became a leading advocate for such a bill, which was eventually added to the U.S. Constitution in December 1791.

Mason was the author of the Fairfax Resolves in July 1774, which articulated the colonists’ constitutional claims against the British.

He was a delegate to the Virginia Convention of 1776, where he was the principal draftsman of the commonwealth’s influential declaration of rights, adopted June 12, 1776, and the first constitution following independence, adopted June 29, 1776. Both documents were models used by other states.

He was a Virginia delegate to and one of the most valuable members of the Constitutional Convention of 1787. He became a leading critic of the proposed U.S. Constitution, in part because it lacked a bill of rights, and led a campaign to defeat its ratification.

“Every Member of Society is in Duty bound to contribute to the Safety & Good of the Whole; and when the Subject is of such Importance as the Liberty & Happiness of a Country, every inferior Consideration, as well as the Inconvenience to a few Individuals, must give place to it; nor is this any Hardship upon them; as themselves & their Posterity are to partake of the Benefits resulting from it.”
—George Mason to Richard Henry Lee, June 7, 1770

“We came equals into this world, and equals shall we go out of it. All men are by nature born equally free and independent. To protect the weaker from the injuries and insults of the stronger were societies first formed. . . . Every society, all government, and every kind of civil compact therefore, is or ought to be, calculated for the general good and safety of the community.”
—George Mason, “Remarks on Annual Election for the Fairfax Independent Company,” April 1775 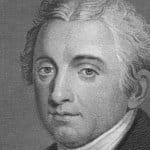 Gouverneur Morris helped draft the New York Constitution of 1777, and according to James Madison, “the finish given to the style and arrangement of the [U.S.] constitution fairly belongs to the pen of Mr. Morris.” He served briefly in the Continental Congress, but in his short tenure he played a critical role in supplying the Continental Army at Valley Forge and signed the Articles of Confederation. From 1781 through 1784, Morris was the assistant superintendent of finance for the Continental Congress. President George Washington appointed him as America’s first official secret agent overseas (1788) and the U.S. minister to France (1792–94). He also served as a U.S. senator from New York from 1800 to 1803. After having many love interests, Morris was the last Founder to marry.

A man who could turn a phrase, Morris spoke more than any other delegate at the Constitutional Convention and gave speeches remembered for both what they achieved (strong power for the executive branch) and what they did not (abolition of slavery). He was the chief editor of the U.S. Constitution.

Morris served as U.S. minister to France during the French Revolution.

“In adopting a republican form of government, I not only took it as a man does his wife, for better or for worse, but what few men do with their wives, I took it knowing all its bad qualities. Neither ingratitude, therefore, nor slander can disappoint expectation nor excite surprise. If, in arduous circumstances, the voice of my country should call for my services, and I have the well-founded belief, that they can be useful, they shall certainly be rendered; but I hope that no such circumstances will arise, and in the mean time, ‘pleas’d let me trifle life away.’ ”
—Gouverneur Morris to John Dickinson, May 23, 1803

“It is not easy to be wise for all times, not even for the present—much less for the future; and those who judge of the past must recollect that, when it was present, the present was future.”
—Gouverneur Morris to Robert Walsh, February 5, 1811 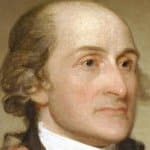 John Jay was a significant actor in the American founding, serving in many roles and offices. During the Revolution he worked in New York government and was a delegate to both the First and Second Continental Congresses. In 1779, Congress sent him to Europe as minister to Spain and later appointed him to be one of the three American commissioners who negotiated the Peace of Paris, which ended the war. He wrote persuasively and acted effectively to secure the ratification of the U.S. Constitution. Under the new government, he became the first chief justice of the United States. When war with England threatened in the 1790s, President Washington sent Jay to negotiate with England, and the end result—the Jay Treaty—helped keep the peace. After serving as New York’s governor, Jay retired from public life in 1801. His thirty years of service had done much to help the new nation come into existence and become a stable republic.

Jay forcefully advocated for the ratification of the U.S. Constitution. He joined with Alexander Hamilton and James Madison to write the Federalist Papers. He also penned the significant “Address to the People of the State of New-York, on the Subject of the Constitution.”

Jay served as the first chief justice of the United States. As chief justice, he worked to strengthen the federal government’s powers in relation to the states and foreign nations.

Jay acted as President Washington’s emissary to Great Britain in 1794–95. He negotiated the Jay Treaty, which kept the United States out of war with Britain by addressing several areas of tension between the two nations.

“Liberty and reformation may run mad, and madness of any kind is no blessing. I nevertheless think, that there may be a time for reformation, and a time for change, as well as for other things; all that I contend for is, that they be done soberly, by sober and discreet men, and in due manner, measure, and proportion. It may be said, that this cannot always be the case. It is true, and we can only regret it. We must take men and things as they are, and act accordingly; that is, circumspectly.”
—John Jay to William Vaughan, May 26, 1797

Sign up to get a free ebook copy of James V. Schall’s essential A Student’s Guide to Liberal Learning and a free digital issue of the premier journal of conservative thought, Modern Age.

These works will provide you with an eloquent education in bedrock American principles and the content of an authentic liberal arts education.

An interview with writer Chidike Okeem on black conservatism—its heroes, principles, and misrepresentations.

The ancient Greeks had a dim understanding of what we moderns call "individualism," but they were the first to articulate it.