ISI’s Conservative Book of the Year Award recognizes thoughtful books that contribute to the rich debate about important conservative ideas. The winner receives a $10,000 cash prize along with ISI’s Paolucci Book Award.

Each year, ISI’s community of thoughtful readers puts together a list of the most significant contributions to the conservative canon published in the past year. A panel of judges then selects one author who will receive ISI’s prestigious Paolucci Book Award and a $10,000 cash prize.

The winner of the 2022 Conservative Book of the Year award is Victor Davis Hanson for his book, The Dying Citizen: How Progressive Elites, Tribalism, and Globalization Are Destroying the Idea of America.

Hanson will receive this award at ISI’s Conservative Book of the Year Award Dinner on Friday, May 13, at the Hotel du Pont in Wilmington, Delaware. This Dinner is part of ISI’s second annual Homecoming Weekend. Tickets for both the Dinner and the entire weekend are available.

Recent winners of ISI’s Conservative Book of the Year award include Victor Davis Hanson for The Dying Citizen, Yuval Levin for A Time to Build, Wilfred M. McClay for Land of Hope, Yoram Hazony for The Virtue of Nationalism, Rod Dreher for The Benedict Option, and Bradley J. Birzer for Russell Kirk: American Conservative. A distinguished panel of judges will select the year’s winner, taking considerations based on a general vote for each year’s finalists.

About this year's winner

In The Dying Citizen, Victor Davis Hanson explores the history of citizenship—and how rare of an idea “the citizen” has been throughout human history. Hanson argues that citizenship was one of America’s most valued ideas until recent decades. Today, the American citizen is on life support thanks to fifty years of fractured social institutions, a decaying middle class, open borders, an increased dependence on the federal government, and a dwindling understanding of the constitution. And, as Hanson explains, as goes the American citizen, so goes American liberty. Is there hope? Hanson thinks so, but it will take nothing short of “shock treatment” on a national scale.

“ISI is pleased to recognize Victor Davis Hanson’s The Dying Citizen as an impressive contribution to the conservative intellectual tradition in America,” noted ISI President and CEO, Jonny Burtka. “As Daniel Mahoney wrote in National Review, Hanson’s book is a ‘welcome corrective to those influential forces and doctrines in our midst that conspire to delegitimize the citizen’ and a call to restore the central role of citizenship in American society.” 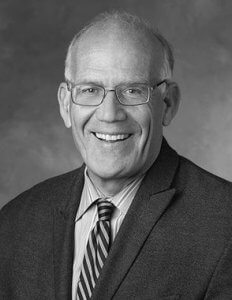 About the Author: Victor Davis Hanson is a senior fellow in military history at the Hoover Institution at Stanford University and a professor emeritus of classics at California State University, Fresno. He is the author of over two dozen books, most recently The Case for Trump. He lives in Selma, California.

You can hear Victor Davis Hanson talk about his book, The Dying Citizen, at ISI’s Conservative Book of the Year Award Dinner. The Dinner will be held Friday, May 13, at the Hotel duPont in Wilmington, Delaware, and is part of ISI’s second annual Homecoming Weekend. Tickets for both the Dinner and the entire weekend are available.

ISI honors the Conservative Book of the Year with the Paolucci Book Award. The award is named in memory of Henry and Anne Paolucci, distinguished scholars, teachers, and writers who exemplified the ideal of the public intellectual.
The award winner’s lecture is routinely aired on C-SPAN’s Book TV. See links below for previous broadcasts. Past winners of the award include: