The ISI Honors Program is a highly selective yearlong fellowship that takes you deep into the traditions of liberty. It’s an intellectually immersive experience like no other.

The 2020 ISI Honors Program will kick off with a weeklong conference July 19–26 at Pepperdine University in Malibu, California. 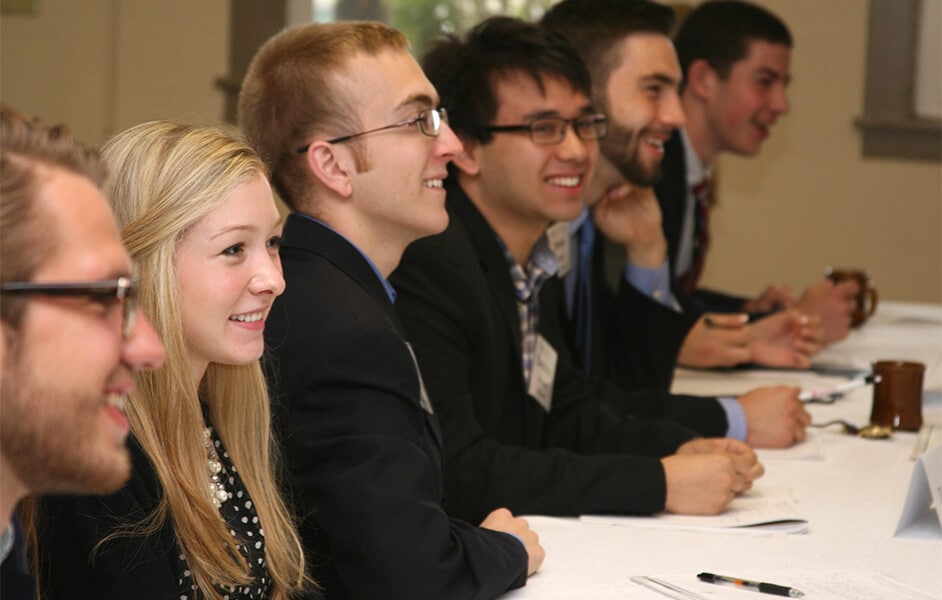 Imagine gathering with top college students from across the nation for an in-depth, weeklong (and all-expenses-paid) summer conference . . .

. . . learning from, being mentored by, and forming friendships with leading professors from many different colleges across many disciplines . . .

That’s what the ISI Honors Program is all about. And now is your chance to become an ISI Honors Scholar. 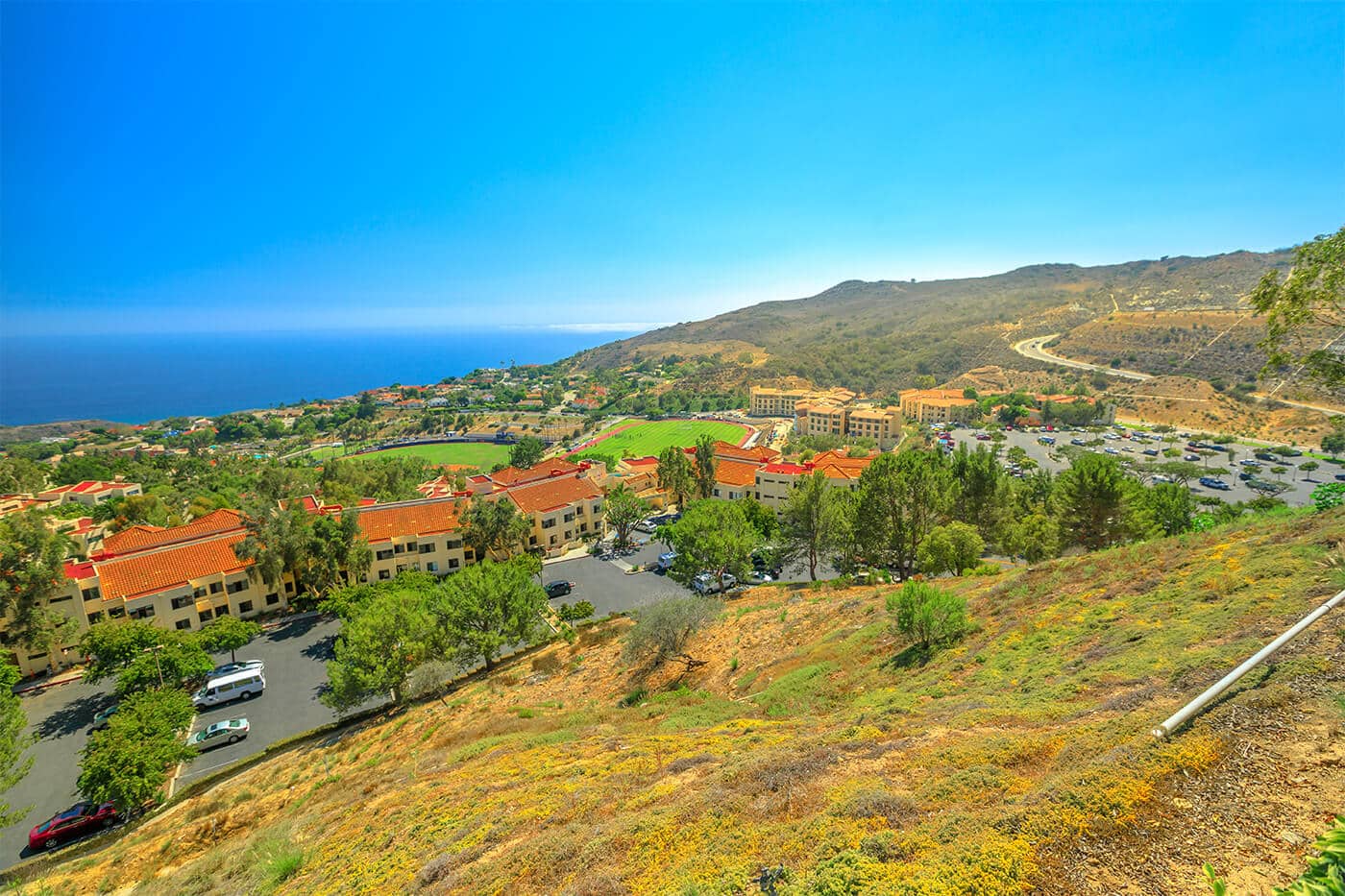 If you are chosen as an ISI Honors Scholar, you will attend an immersive weeklong summer conference with some of the best conservative students and scholars in the country.

The 2020 ISI Honors Summer Conference will be held July 19–26 at Pepperdine University in Malibu, California, on a beautiful campus overlooking the Pacific Ocean.

Applications to the ISI Honors Program are due February 15. Apply for your spot now!

Theme: “American Conservatism and the Quest for Community”

What Is the Greatest Challenge Facing Contemporary Conservatives?

Many observers associate the term conservatism with the idea of unbridled individualism. It is time to correct this impression. Yes, conservatism has always valued the dignity and liberty of the individual person. However, dignity and liberty do not exist in isolated form. To be durable they must be grounded in a shared social existence. Hence, conservatism since Edmund Burke (1729–1797) has always been concerned with the problem of community—what forms it ought to take, why we need it, how we lose it, and prospects to regain it.

That concern receded somewhat in the decades following World War II and the Cold War, as the false forms of mass “community” promoted by totalitarian ideologies presented a clear and immediate threat to fundamental human decency. It seemed to liberals and conservatives alike that a vindication of the individual person and the protection of his freedom was the more pressing task facing the world.

But the vindication of the person is only a part of conservatism’s message. In his classic 1953 work, The Quest for Community, the sociologist Robert Nisbet (1913–1996) argued that the proliferation of intermediate associations, filling the space between the individual and the state, was the key to securing both order and freedom in society—and that such intermediate associations were being destroyed by the economics and politics of the modern nation-state. In arguing this, Nisbet was reaching back to conservatism’s Burkean roots, to an outlook intent upon rescuing our lives from the atomizing and dehumanizing effects of modern ideology, whether Jacobin, socialist, nationalist, fascist, communist, or corporatist in character.

Nisbet’s insight was corroborated by others. Alexis de Tocqueville (1805–1859) observed early in our history just how central similar associations were to Americans. Townships, local committees, families, churches, schools, fraternal orders: these and many others dotted the landscape with the kind of healthy forms of local, small-scale community that Nisbet prized. This past must now be drawn upon in rethinking our future.

New York Times columnist Ross Douthat observed that Nisbet’s work teaches us that “we cannot oppose the inexorable growth of state power by championing individualism alone,” but must also “oppose it by championing community.” One could also add: that we cannot oppose the spread of alienation, atomization, and purposelessness in our disintegrating society—or the complicated forces of globalism that often accelerate it—by appealing to a strengthened sense of nationalism alone. People do not find lasting meaning and belonging in ideological abstractions, which are remote from the actual texture of their lives. Restoring and multiplying the kinds of intermediate associations championed by Tocqueville and Nisbet has arguably become the most urgent project of American conservatism. The quest for community continues to be the best hope for restoring order, justice, and freedom.

Join a new class of ISI Honors Scholars July 19–26, 2020, in Malibu, California, on the picturesque campus of Pepperdine University, as we explore the ways in which community defines the conservative intellectual project in 21st-century America. During a time in which newly energized forms of nationalism and populism seem to get all the attention, how can conservatives encourage the even more vital work of what Burke called the “little platoons” and “smaller patriotisms”? We will explore how conservative first principles should inform our approach to the problem of community in a world that stands desperately in need of them.

What ISI Honors Scholars Are Saying

“The preparation I received from ISI and specifically the Honors Program is invaluable to me as I progress through college and life, defending the principles I hold dear.”
- Emily Kaib, Vanderbilt University
“One of the most formational intellectual experiences I’ve ever had.”
- Aurora Griffin, Rhodes Scholar
“I discovered an intellectual home at ISI and made lasting friendships. The Honors Program was life changing.”
- Connor Mighell, Baylor University
“My experience at ISI’s Honors Program Summer Conference was one of the most rewarding weeks of my life.”
- Jane Adams, Christendom College
“I can’t think of another place where I’ve encountered so many high-caliber conservative students.”
- Tyler Dobbs, Harvard University