Why You Should Study the "Dinosaurs" - Intercollegiate Studies Institute: Think. Live Free.
Skip to content

Why You Should Study the “Dinosaurs”

When I call Ed a dinosaur, I’m alluding to the self-deprecating label that C.S. Lewis used in his inaugural lecture at Cambridge. He told his college-age audience, “You don’t want to be lectured . . . on dinosaurs by a dinosaur.” However, Lewis continued, “Where I fail as a critic, I may be useful as a specimen. I would even dare to go further. . . . I would say, use your specimens while you can. There are not going to be many more dinosaurs.”

A rare breed of humans—the dinosaurs—they know the limits of their time and are less concerned with their immediate relevancy and more with what they leave behind. If we are to cultivate a similar vision, we must learn to be dinosaurs. We should read the writers of the past whose visions touch on the eternal, and we should also befriend those who are friends with them, scholars such as Lewis and Ed, who do not remain with us forever.

While Ed wrote and lectured for political organizations such as the Intercollegiate Studies Institute and the Acton Institute, he did so as a scholar not of politics but of literature. In a Winter 1973 essay for Modern Age, Ed introduced readers to Osip Mandelstam, whose wife Nadezhda had recently published a memoir, Hope Against Hope (1970), about her late husband, who died in a Siberian gulag in 1938. Mandelstam’s poetry was considered dangerous to the interests of the Soviet Union. “Only in Russia is poetry respected,” Mandelstam purportedly remarked. “It gets people killed. Is there anywhere else where poetry is so common a motive for murder?” It has been almost fifty years since Ed wrote that piece, yet in 2012 poet Christian Wiman released a version of Mandelstam’s poems, Stolen Air, and in 2017 Eimear McBride reminded readers about Mandelstam and the necessity of poetry to counteract the reign of a dictator. By looking back to great writers, Ed was able to write and speak in a way that was relevant but not to be outdated.

Ed believed in conservativism as a Christian virtue. In Winter 2002 issue of Modern Age, he insists that “I am both a Christian and a conservative. And I insist on that order: Christian first, then conservative; Christian, therefore conservative.” It would always surprise him when a Christian would claim to be “progressive” or “liberal,” because Ed found those labels antithetical to the Christian vision. He aligned more with Lewis, who worried that progress meant heading too far down the wrong road. Instead, “We must go back,” Lewis writes in Mere Christianity. “Going back is the quickest way on.” The road back, for both Ed and Lewis, meant a return to the permanent things.

Hence, both professors dedicated their lives to teaching, reading, and writing about old books by dead authors.

Originally a Renaissance scholar with a penchant for Donne and Herbert, Ed became, in the early ’70s, entranced by dissident Aleksandr Solzhenitsyn as well as his fellow Soviet writers. Ed recognized that these writers were not creating political manifestos, though their works were in response to political unrest. However, like Sophocles, Dante, and Dostoevsky before them, these Russians were converting their suffering into vital visions of reality. Their narratives and poems offer long-view alternatives to the rapid (and often vapid) responses to ire-provoking headlines daily assaulting them.

Solzhenitsyn asserts, “It is not the task of the writer to defend or criticize one or another mode of distributing the social product, or to defend or criticize one or another form of government or organization. The task of the writer is to select more universal and eternal questions, the secrets of the human heart and conscience, the confrontation of life with death, the triumph over spiritual sorrow, the laws of the history of mankind that were born in the depths of time immemorial and that will cease to exist only when the sun ceases to shine” (appendix to Cancer Ward, 554–55).

Inspired by Solzhenitsyn, Ed reached beyond his wheelhouse and penned a piece of ethical literary criticism, Solzhenitsyn: The Moral Vision (1980). Solzhenitsyn himself was grateful, for most critics stuck him in a political box and reduced his vision to current events. With such gross misunderstanding of his work, the Russian literary giant would have been relegated to the archives. Instead, his novels are required reading in both the U.S. and Russia today: One Day in the Life of Ivan Denisovich is often on American high school reading lists, and The Solzhenitsyn Reader 1947–2005, which was edited by Ed and Dan Mahoney, has invited twenty-first-century readers to appreciate his fiction. Ed even worked alongside Solzhenitsyn to produce an abridged version of Solzhenitsyn’s The Gulag Archipelago. Solzhenitsyn’s novels, as all great literature should, provide not a political stance but instead a moral vision of the world.

In 2014, Collins Books editor Adam Bellow published a piece in National Review that called for conservatives to write fiction again. “The whole conservative nonfiction enterprise has peaked and reached its limit of effectiveness,” Bellow declared. Although conservatives are strongly represented by blogs, journalism, and other forums for traditional argument, it is culture that determines one’s vision and ultimately one’s actions. Bellow claimed what writers for centuries have known: “Books engage the reader much more deeply, at the level of identification with the characters and plot that can instruct the soul and edify the mind. A hundred years from now, moreover, these classic books will still be read all over the world.” Not only do stories make people who they are and compel one’s character more than any argument ever could, but also they last longer than treatises, blogs, or Facebook posts.

Ed knew this. Ed was forty-two years my senior. We became “intergenerational friends,” as he termed it, when I was twenty-four, newly graduated from Pepperdine University and interested in Russian novels. He had recently retired from Calvin College, where he taught literature for almost three decades. When Ed and I would discuss politics, religion, or literature, he would often admonish me to increase my “curmudgeon quotient.” By this he meant that I had not lived long enough to be more interested in holding on to the past and so I was much too concerned with the future.

Unfortunately for us but fortunately for him, Ed the Dinosaur is now extinct but resurrected elsewhere beyond the plains of human vision. His life was a testament to a way of seeing that deserves remembering. Perhaps, in the act of recalling his vision, we too may gain further sight.

Jessica Hooten Wilson is an associate professor of literature and creative writing at John Brown University, where she also serves as the Associate Director for the Honors Scholars Program and the Director of Giving Voice: A Festival of Writing and the Arts. She is the author of three books Giving the Devil His Due: Demonic Authority in the Fiction of Flannery O’Connor and Fyodor Dostoevsky (Wipf & Stock, 2017), Walker Percy, Dostoevsky and the Search for Influence (Ohio State University Press, 2017), and A Guide to Walker Percy’s Novels (Louisiana State University Press, 2018). Visit her website at jessicahootenwilson.com.

Complement with Michael Ward on C. S. Lewis and the art of disagreement, James Schall’s guide to liberal learning, and Stanley Williams on how to change the world through storytelling. 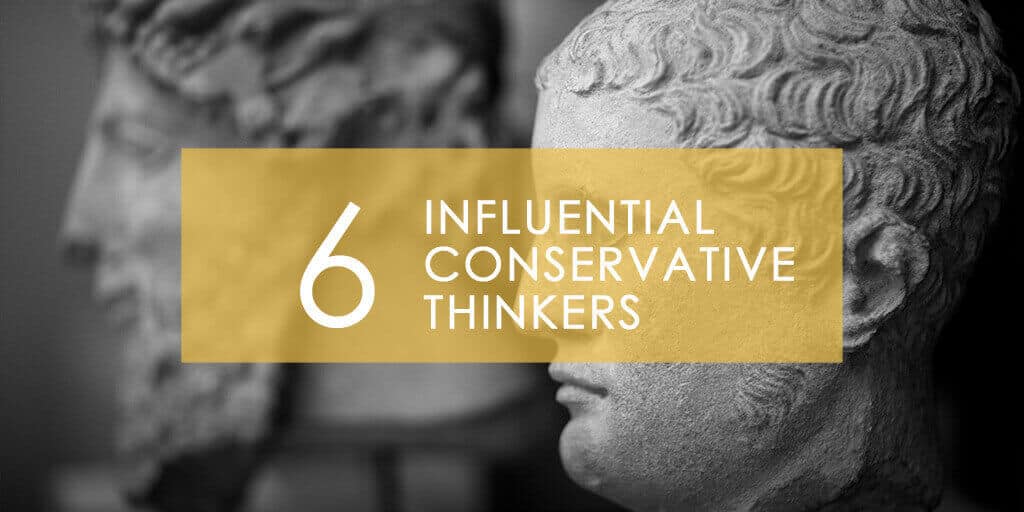 You’re familiar with names like C. S. Lewis and Russell Kirk. But what about Eric Voegelin, the thinker who influenced the Southern writer Flannery O’Connor, or Wilhelm Röpke, an Austrian economist and Renaissance man? Sign up today to get introduced to six thinkers who greatly influenced European and American conservative thought. Get ready to impress your friends!

Does capitalism corrode culture? I think the answer is yes and no.

Stan was the voice of conservatism in the pre–Ronald Reagan years. Yet he is largely unknown today.

Free Markets Aren’t Everything: A Reflection on Parasite