You probably saw the series of featured articles we’ve been running on the IR. Twenty-five years ago last Sunday, the Berlin Wall fell. The Intercollegiate Review is marking this anniversary with reflections on the historic events of November 1989, as well as the lead-up to and aftermath of the wall’s collapse. Here’s the complete rundown. We hope you enjoy!

On November 9, 1989, the Berlin Wall came tumbling down. Twenty-five years later, it can be difficult to remember just how stunning—and exhilarating—this was.

“How do I know? I wrote the address.”

Nobody anticipated the manner or timing of communism’s demise. How and why did the Berlin Wall fall? And what are we to make of the revolution of 1989 twenty-five years later?

Life Behind the Berlin Wall: An Orwellian Nightmare

In 1961 the East German Communists, with Soviet endorsement, erected the Berlin Wall. The wall arrested in a brutal manner the hemorrhaging of the population—and soon came to symbolize the totalitarian nature of Communism. 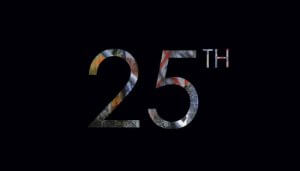 A Thinker You Should Know: Frank Chodorov

Chodorov believed the triumph of socialism offered opportunity, a chance to offer "something new and different."

Why a Conservative Sense of History Is Essential to Progress

Is progress possible without the historical mind of conservatism?

Dorothy L. Sayers and C.S. Lewis, two of the 20th century's most celebrated writers and Christian apologists, had a complex,...