Why Academic Freedom Matters (Now More Than Ever)

The following excerpt comes from Robert P. George’s excellent book Conscience and Its Enemies: Confronting the Dogmas of Liberal Secularism.

We begin to understand the much misunderstood and abused concept of academic freedom when we consider the central importance of the interrogative attitude to the enterprise of liberal-arts learning. The interrogative attitude will flourish only under conditions of freedom. It can be smothered by speech codes and the like, to be sure, but also in less obvious ways. It can be smothered when well qualified scholars, teachers, and academic administrators are denied positions in institutions that claim to be nonpartisan and nonsectarian, or when they are denied tenure or promotion or are subjected to discriminatory treatment. It can be smothered by an atmosphere of political correctness. […]

Scarcely a week passes without some university committing an offense against intellectual or academic freedom. Given the strong leftward tilt and the manifest ideological imbalance at most of our nation’s colleges and universities, it is almost always the case that the victim of the attack is a student, professor, or member of the administrative staff who has dared to write or say something (whether in a classroom, a publication, or a casual conversation) that disputes a politically correct dogma, such as the belief that there is nothing morally wrong or even questionable about homosexual conduct and that “sexual orientation” is akin to race.

Whatever his other vulnerabilities at the time, it is worth remembering that what triggered the fall of Larry Summers as president of Harvard was his merely raising an intellectual question about whether disparities between men and women in scientific achievement might have something to do with nature as well as nurture. Previous successes at enforcing political correctness made it possible to bring down even someone as powerful as a president of Harvard for asking a politically incorrect question. Summers’s fall, in turn, strengthened the hand of those who wish to rule out of bounds the questioning of politically correct orthodoxies on college and university campuses around the country. And it sent a chill wind through the academy. After all, if the president of Harvard can be brought down for a thought crime, what public dissenter from the prevailing dogmas can be safe? […]

Perhaps it is worth pausing to ask why we care—or should care—so much about intellectual freedom in the academy. Why ought we be concerned about the rights of an administrator who is fired for stating her moral views by a university that says it is morally neutral and nonsectarian, or the freedom of an assistant professor who is denied tenure because he would not toe the party line at such a university? Why should we care about students who are punished with a bad grade for having the temerity to state views that are out of line with those of the course instructor? What is it about intellectual or academic freedom that makes it worth worrying about—and worth fighting for?

It is not—or not merely—a passion for freedom for its own sake. We want our young people and those responsible for teaching them to be free from repression or invidious discrimination, but we should fight for these freedoms for a reason that goes significantly beyond them. We should fight for freedom from oppression on our campuses because we believe that academic freedom is freedom for something, something profoundly important—namely, the intellectual excellence that makes self-mastery possible. We should struggle to destroy political correctness on college campuses so that students and scholars can pursue understanding, knowledge, and truth more robustly across the arts and sciences and appropriate the great goods of human intellectual striving more fully into their lives for their benefit and for the sake of the common good. We should honor academic freedom as a great and indispensable value because it serves the values of understanding, knowledge, and truth that are greater still.

Although some have depicted freedom and truth as antithetical, in reality they are mutually supportive and, indeed, dependent on each other. The defense of academic freedom and the interrogative attitude it serves and supports must, implicitly at least, appeal to the concept of truth, and any plausible case for academic freedom must present understanding, knowledge, and truth as the intrinsic values that make the intelligibility of freedom indispensable to their pursuit and meaningful appropriation. On the other side of the question, the overwhelming evidence of history, not to mention the plain evidence under our noses when we examine the contemporary situation in much of the academy, shows that freedom is as necessary to the intellectual life of man as oxygen is to his bodily life.

Should academic freedom be boundless? Of course not. And the legitimate scope of expression is obviously narrower in institutions that are founded on particular religious and moral principles than it is in institutions that proclaim themselves to be nonsectarian and nonpartisan. But the scope of freedom, as a value that is ordered to truth, must be generous—especially in the academy, where free inquiry, exploration, and experimentation are often essential to insight and richer understanding. Even within its legitimate bounds, can academic freedom not be abused? Of course it can be, and all too often it is. Academic freedom does not guarantee excellence (or even passable scholarship or teaching). Sometimes respect for it insulates abuses from correction. But, again, the lessons of history and our current situation are clear: repression of academic freedom—far from shielding us from error—undermines the very process of truth seeking. 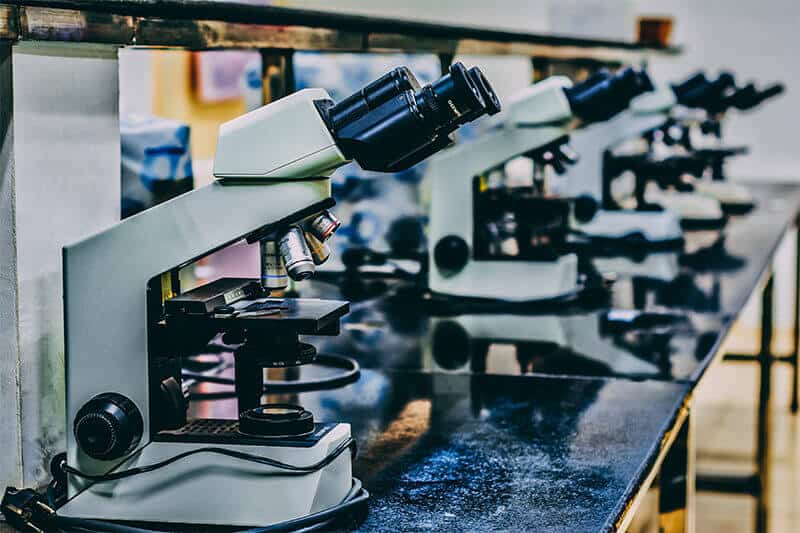 But someone might say: “There are many truths we know. Why must we permit them to be denied and questioned? Why not take the view that error—or at least clear error—has no rights? Otherwise, doesn’t the defense of academic freedom collapse into the self-stultifying denial of the possibility of truth? Doesn’t it make freedom, rather than truth, the ultimate academic value?”

I have already mentioned that some partisans of academic freedom misguidedly depict truth as an enemy of freedom. They appeal to, or presuppose, a species of relativism or subjectivism or radical skepticism in defending freedom of inquiry. Now, it is certainly true that one reason for respecting academic freedom is that people can be mistaken about what they regard—even securely regard—as true. Indeed, even unanimity of belief does not guarantee its correctness. But I think that the possibility of error is not the primary or most powerful reason for honoring academic freedom and protecting it even in areas where we are secure in our knowledge of the truth.

The stronger and deeper reason is that freedom is the condition of our fuller appropriation of the truth. I use the term appropriation because knowledge and truth have their value for human beings precisely as fulfillment of capacities for understanding and judgment. The liberal arts liberate the human spirit because knowledge of truth—attained by the exercise of our rational faculties—is intrinsically and not merely instrumentally valuable. “Useful knowledge” is, of course, all to the good. It is wonderful when human knowledge can serve other human goods, such as health, as in the biomedical sciences, or economic efficiency and growth, or the constructing of great buildings and bridges, or any of a million other worthy purposes. But even “useful knowledge” is often more than instrumentally valuable, and a great deal of knowledge that wouldn’t qualify as “useful” in the instrumental sense is intrinsically and profoundly enriching and liberating. This is why we honor—and should honor even more highly than we currently do in our institutions of higher learning—excellence in the humanities and pure science (social and natural).

Knowledge that elevates and enriches—knowledge that liberates the human spirit—cannot be merely notional. It must be appropriated. It is not—it cannot be—a matter of affirming or even believing correct propositions. The knowledge that elevates and liberates is knowledge not only that something is the case but also why and how it is the case. Typically such knowledge does more than settle something in one’s mind; it opens new avenues of exploration. Its payoff includes new sets of questions, new lines of inquiry.

Let us return, then, to the question of why we should respect freedom even where truth is known securely. It is because freedom—freedom to inquire, freedom to assent or withhold assent as one’s best judgment dictates—is a condition of the personal appropriation of the truth by the human subject, the human person for the sake of whom, for the flourishing of whom, for the liberation of whom, knowledge of truth is intrinsically valuable. And it is intrinsically valuable not in some abstract sense but precisely as an aspect of the well-being and fulfillment of human beings—rational creatures whose flourishing consists in part in intellectual inquiry, understanding, and judgment and in the practice of the virtues that make possible excellence in the intellectual question.

Robert P. George is McCormick Professor of Jurisprudence at Princeton University. He is the author of the book Conscience and Its Enemies: Confronting the Dogmas of Liberal Secularism, from which this essay is adapted.

Images by John-Mark Smith and Ousa Chea via Unsplash.

College Is Supposed to Be About Ideas

Ever felt uncomfortable sharing your ideas or opinions in the classroom?

If you want to pursue the truth, be taken seriously, and talk about the things that matter, then join the community of talented, high-powered students and faculty.