What If We Cannot Escape Identity Politics?

This is not new, but it is unhealthy. Conspiracy theories abound, and the pundit class casually uses terms like impeachment, civil war, and fascism. Throngs of politically interested social media users—across the political spectrum—are similarly unrestrained. This is troubling, but also confusing. Despite the surfeit of theatrical doomsaying, American politics still exhibits remarkable consensus and continuity. This does not mean that contemporary political rhetoric is acceptable, however. The anger and distrust in American life is real and could cause grave problems if we do not rein it in. Overcoming these problems will require facing uncomfortable truths about party identification and ideology.

On questions of policy, the divides in American politics are not as great as talk radio and cable news would have us believe. The typical Democrat is not a socialist; the typical Republican is neither an economic libertarian nor a right-wing authoritarian. In fact, few Americans possess meaningful ideological constraints at all. Despite paranoid ravings from some elements of the Tea Party, President Obama never had the interest or ability to turn the United States into a communist country. Claims by the #Resistance to the contrary, President Trump is governing like a conventional Republican. Republicans and Democrats are not polarized on most questions of public policy, and transitions of power do not completely reorient American government.

So what explains the fear and hatred?

A myopic view of the ideological spectrum may explain some of our perceived polarization.

If we believe that Nancy Pelosi and Paul Ryan represent the extreme left and the extreme right, respectively, then we might reasonably infer polarization in America.

If we take a broader view of ideology, the Republicans and the Democrats look less philosophically distant. Radicals on the left and the right decry the lack of real choice in America’s two-party system, and they have a point—though we may question whether a wider array of viable choices would lead to better outcomes.

Polarized attitudes are not just the result of ideological tunnel vision, however.

We feel strongly about politics because our political orientations are now part of our personal identities. Contrary to early rational choice models that assumed we dispassionately determine our party preferences based on which bundle of policies we expect to maximize our personal utility, it may be more accurate to say that we choose our parties according to the social groups we identify with. This makes political battles personal and emotional, even when the stakes are low.

Green, Palmquist, and Schickler argued in their influential book, Partisan Hearts and Minds, that the process of becoming a Democrat or a Republican usually starts with questions of identity. We are aware of our social group affinities, be they religious, economic, racial, sexual, cultural, or geographic. We also know which party is identified with those groups. We then choose our party based on which one best matches our social group affiliations.

For many of us, ideas play no role at all, and even if they do, they come later. That is, we chose our ideologies to match our party affiliations, rather than the reverse.

This is even true of those of us with a high level of political sophistication. As Shanto Iyengar and his colleagues noted in their work on social identity and polarization, “political scientists have repeatedly demonstrated that the vast majority of the public does not think about parties in ideological terms and that their ties to the political world are instead affective, based on a primordial sense of partisan identity that is acquired very early in life and persists over the entire life cycle.” Within that article, the authors noted that this form of polarization is now so strong that millions of Americans would disapprove of their children marrying someone from the opposing political party.

This model does not describe everyone. There are people who cast their votes according to specific issues. Others can be persuaded to vote for a different party on the basis of changing economic circumstances.

However, quantitative political science increasingly suggests that many, perhaps most, American partisans came to their party because of their group affinities and early socialization. This can help us understand why American politics is so angry, but also raises difficult questions for conservatives.

To Tribe Is Human

Because our party affiliations are closely tied to our sense of identity, partisan politics can generate an emotional response greater than a policy battle warrants. The other side does not just contain people who have a different opinion on dividend tax rates; they are an outgroup and an enemy.

According to Lilliana Mason, who has done some of the most important recent work on these issues,

this means that a partisan behaves more like a sports fan than like a banker choosing an investment. Partisans feel emotionally connected to the welfare of the party; they prefer to spend time with other members of the party; and when the party is threatened, they become angry and work to help conquer the threat, even if they disagree with some of the issue positions taken by the party. The connection between partisan and party is an emotional and social one, as well as a logical one.

Unfortunately, contemporary conservative arguments are not well suited for this kind of polarization. For many years, conservatives have decried “tribalism” and “identity politics,” noting that politics should be about ideas, not group affiliations. This has been a primary conservative grievance with movements such as Black Lives Matter, as well as the conservative critique of the resurgent extreme right, which has unfortunately gained adherents over the past several years.

The conservatives making these arguments have good intentions. They are right to say that we should view each other as individuals, not as bundles of fixed traits. We should fight the impulse to divide our society into antagonistic groups that view politics as a zero sum game. However, it may be naive to believe that we can expunge questions of identity from politics, and dishonest to claim that the typical conservative has no tribal loyalties, even subconsciously. People on the left roll their eyes at conservative claims to be above identity politics, and rightfully so. 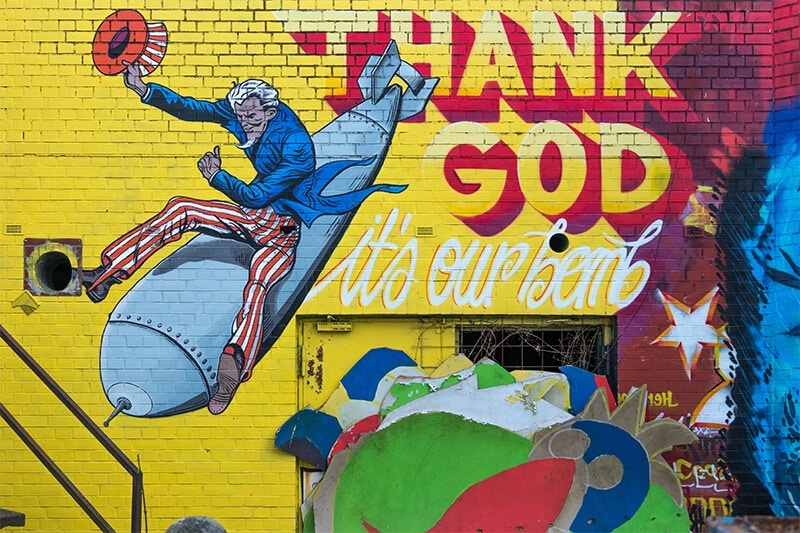 Conservatives have always presented themselves as the side that accepts human nature as it is, working to create a society in which human flourishing is possible despite those natural constraints. According to conservative political theory, human perfection is impossible, but we can develop social institutions that channel personal failings into socially desirable outcomes. Capitalism and democratic politics, for example, can redirect greed and ambition.

Conservatives lambaste the left for its unrealistic theories of human behavior. When attacking socialists, they argue that an economic system that breaks the connection between personal wealth and personal productivity will inevitably disincentivize work and lead to a collapse of living standards. Yet this hard-headed realism seems to break down when it comes to party politics. Few conservatives, apparently, are willing to consider that tribalism is also an intractable element of human nature. If it is, identity politics in some form is most likely inevitable, and no amount of conservative handwringing will do anything about it.

Finding responsible, humane solutions to the problems associated with identity politics in contemporary America is a monumental task, but it is one conservatives must embrace. As much as we would like to imagine that ideas drive our political debates, regular partisan politics is often just identity politics wrapped in a superficial layer of ideology.

Some hypocrisy and self-deception is inevitable in politics, and perhaps even salutary. The illusion of dispassionate analysis or rational self-interest as the basis of democratic politics may have kept the worst aspects of tribalism at bay. Perhaps it is good that institutionalized political parties launder other forms of identity. I am not implying that conservatives need to embrace identity politics and exclusionary rhetoric, but neither can I offer a panacea. Yet political discourse is deteriorating too quickly to do nothing at all.

Before we can fix a problem, we need to acknowledge and understand it. Conservative discussions of identity politics often lack honesty and serious reflection. Admitting that conservative voters are not all principled devotees of abstract ideals, and can be just as driven by group-based attachments and animosities as those on the left, could help us begin to find common ground across the partisan divide.

George Hawley (@georgehawleyUA) is an assistant professor of political science at the University of Alabama. His books include Right-Wing Critics of American Conservatism, Making Sense of the Alt-Right, and Demography, Culture, and the Decline of America’s Christian Denominations.

Images by Matt Popovich and Sebastian Spindler via Unsplash.

College Is Supposed to Be About Ideas

Do you want to broaden your network, learn different perspectives, and take yourself to a whole new intellectual level?

When you join the Intercollegiate Studies Institute network, you meet other talented, high-powered students. You gain community. You get a clear understanding of Western civilization and your place in it. You’re sharpened as a thinker. You leave revitalized with a vision of the good life.