Fresh Out of Hell - Part 1: Where Have All The Bad Guys Gone? - Intercollegiate Studies Institute
Skip to content

Fresh Out of Hell – Part 1: Where Have All The Bad Guys Gone?

Speaking for young people, I think it’s fair to say that we don’t really care about history. We rather prefer fantasy. We do have vague, unpleasant memories of older, boring people telling us that there were heroes or something in a time they called “the past.” We have leftover notions from the books we read and then forgot, about how King Lincoln the Lion Heart vanquished Prince John Wilkes Booth at the O.K. Corral during the Clanton administration, but we’re pretty hazy about the specifics. Maybe we’re supposed to use those ancient demigods as models for our own behavior and learn from them to fight our own good fight, but that would require some reading…. So maybe we could learn from movies. In one particularly bad*ss black-and-white movie, The Third Man, Orson Welles’s character suggested that the darkest times produced the greatest genius.

“…They had 500 years of democracy and peace, and what did that produce?
The Cuckoo clock.”

Well we don’t have much darkness in our lives. We have problems that King Lincoln wouldn’t understand. We’re bored. We have no evils like the ones there used to be. I guess that’s our excuse for acting as if the heroes of the past were useless wastes of time. Their tactics wouldn’t work anyway, since they were faced with Hitlers, Huns and Hannibals, and there aren’t any of those left for us to fight. Or at least we don’t think there are…. Instead of looking to the big men of history, we’ve invented all our own, and they have magic powers and live in the future or in fictional alternate universes (see Star Trek, Star Wars, Dr. Who, every superhero ever, and Charlie Sheen).

It’s human nature for the young to have a restless potential for heroism. Every guy at every bar will fantasize about a brutal monster of a man attacking some attractive girl. This would give a guy the opportunity to react to a real face of evil by giving it a broken nose. Alas, if I met such a foe, I wouldn’t know whether to hug him or attack him, I’d be so glad to see that he exists. It’s also hard to find a hero nowadays, especially a young one (present company excluded if you’re a cop, firefighter or risking your life in war). It isn’t that we lack the potential to act heroically in the face of a ferocious enemy (we’re still human after all), but that we lack the attention span to react to an enemy that isn’t ferocious (we’re only human after all).

Could there be any wonder that there is a lack of great men in an age when there is a lack of great evil? Many Christian conservatives might be infuriated at this point and think I’m being flippant. They will object, “What about the Culture of Death that John Paul II spoke about—isn’t that a great enemy?” Well, what is the Culture of Death? It’s just a Christian term synonymous with the vernacular “niceness.” It’s the Golden Rule applied to a people who only want fun, pleasure and the avoidance of pain and boredom. We want fun done unto us, and wouldn’t be caught dead keeping it from others by letting a baby live whose life will not be fun enough anyway to justify the fun it will cost. So, what do you do when your enemies are people like Sheryl Crow? 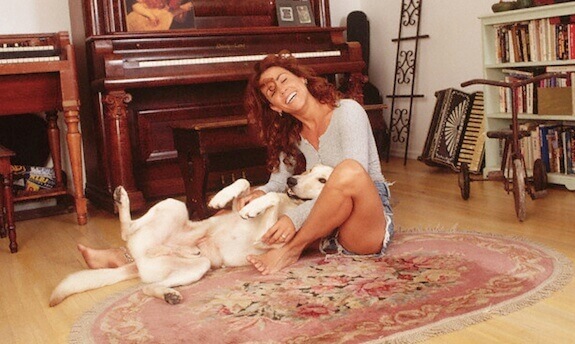 Whosa good pro-choicer? Yuss you are! YUSS YOU ARE!!

…I give up! I can’t stay mad at her! Can you? It’s not as if the “Culture of Death” is kept afloat by armies of rabid baby-killers, surrounding Christian churches like Tolkien’s Orcs closing in on the valiant Fellowship. Rather, evil seems to thwart the good by sitting down to its favorite movies, radio shows and tunes as if we were at peace. Who are we to bring a sword?

Anyone who fights this culture should be prepared to appear not as a giant-killer but a buzzkill.