The following is excerpted from Andreas Kinneging’s excellent book The Geography of Good and Evil.

There is much ado about “values.” But the debate has neither been lucid nor deep. Many of us feel that something is the matter, that something is wrong with our values, but we can rarely put into words exactly what it is.

To begin by delimiting our terms, when we speak of “values,” what we have in mind is moral values. Not all values belong to this category. A beautiful painting, for example, is undoubtedly valuable from an economic and aesthetic perspective, but it does not have a moral value in and of itself.

Moral values and moral norms correspond in a specific manner. Every moral norm is based on a moral value. The norm “Thou shalt not lie” is based on the value of honesty. Logically, moral values precede moral norms. Norms are the expression of values. (Pedagogically, the reverse is often true. Norms commonly precede values. From that perspective, values are generally interiorized, acquired norms.) Moral value, then, is the more fundamental notion. We should therefore begin by taking a closer look at this concept.

As we just determined, not all values are moral values. Beauty, as a characterization of a woman, for example, is also a value, but it definitely does not qualify as a moral value. It is an aesthetic value. There is also such a thing as economic value—the value of an item used in trade. Yet another category comprises what are sometimes called vital values: life, consciousness, activity, strength, power, happiness, and the like. One further type is made up of religious values. In that connection, we might think of faith and the hope that one day, we will fully understand the wherefore and the why of our mysterious presence on this earth. The religious value par excellence is holiness.

What is the differentia specifica of moral values? How do they differ from the other value categories? The full answer to that question is not so simple. Nevertheless, we can all name examples of moral values: justice, charity, bravery, fidelity, modesty, sincerity, kindness, etc. Let us take this as our starting point. 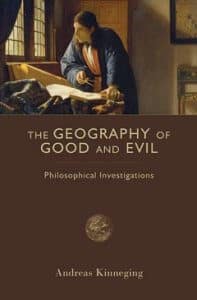 When we ponder those values and try to formulate a definition of what typifies them as moral values, we must conclude that this is to be found in the following two essential characteristics. Unlike the other values, moral values are purely personal values, in the sense that they are values that pertain only to a person’s acts or his character. We refer to an honest deed, for instance, and to an honest person. Does this also apply to justice? Do we not refer to a just society? Yes, but only in a metaphorical sense. A just society is merely a society of just persons or, at any rate, a society in which persons act justly.

Secondly, moral values usually are not the object of concrete actions. They are reflected in the manner in which we carry out those actions. Donating money reflects the values of generosity and charity. Rescuing a drowning child at the risk of one’s own life reflects courage. Resisting the temptation to take a second helping of food reflects self-control. Moral values, then, do not guide our actions directly—as goals—but indirectly. They must, somehow, already be present in a person before actions are performed, in order to guide those actions in a morally appropriate direction.

How? Ideally, as the voice of conscience. Failing that, in our sense of shame.

Andreas Kinneging, a professor of legal philosophy at the University of Leiden (Netherlands), was awarded the Socrates prize in 2006 for the best Dutch book in the field of philosophy.

An Unjust Law Is No Law At All: Excerpts from “Letter from Birmingham Jail”

There are two types of laws: just and unjust. I would agree with St. Augustine that “an unjust law is no law at...

Fr. Maciej Zięba, O.P., has died, and while we mourn his loss, we also need to take a moment to appreciate his...

Is Civility Futile in the Face of Injustice?

Why Frederick Douglass, William Wilberforce, and Dietrich Bonhoeffer did not believe in winning at any cost