Campus Chaos: Free Speech for Me but Not for Thee - Intercollegiate Studies Institute
Skip to content

Campus Chaos: Free Speech for Me but Not for Thee

Universities like to present themselves as defenders of free speech and free association. But this veneer of tolerance starts to crumble when conservatives’ or religious believers’ rights are threatened.

In a letter sent yesterday to the University of Montana that explicitly states that it is intended as “a blueprint for colleges and universities throughout the country,” the Departments of Justice and Education have mandated a breathtakingly broad definition of sexual harassment that makes virtually every student in the United States a harasser while ignoring the First Amendment. The mandate applies to every college receiving federal funding—virtually every American institution of higher education nationwide, public or private. At many colleges, vaguely written speech and harassment codes grant vast, arbitrary powers to administrators, who often use them to quash free expression. Now the Obama administration plans to create a single, nationalized code that will constrict free speech on campuses nationwide, warns the Foundation for Individual Rights in Education (FIRE). On May 17 FIRE reported:

FIRE notes that the feds’ letter insists that “allegedly harassing expression need not even be offensive to an ‘objectively reasonable person of the same gender in the same situation’—if the listener takes offense to sexually related speech for any reason, no matter how irrationally or unreasonably, the speaker may be punished.” Such codes, FIRE points out, could be used to punish as harassment anything from innocent flirtation to “a debate about sexual morality, a discussion of gay marriage, or a classroom lecture on Vladimir Nabokov’s Lolita.”

FIRE president Greg Lukianoff said, “The Departments of Education and Justice are out of control. Banning everyday speech on campus? Eliminating fundamental due process protections? . . They even misquoted the Supreme Court. This cannot be allowed to continue.” 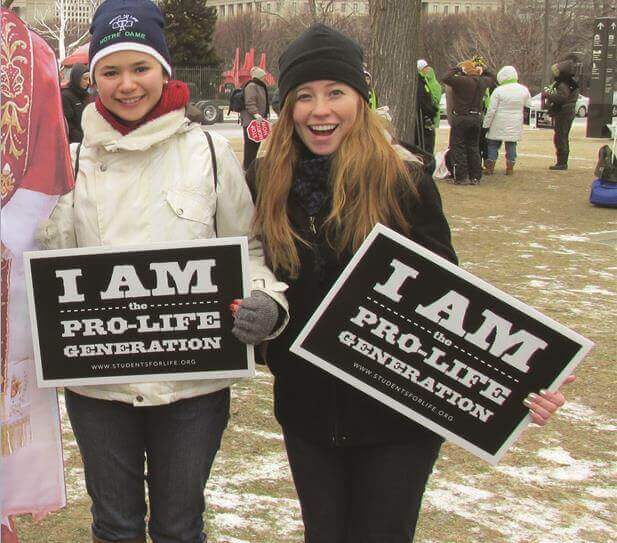 On March 12, 2013, the Student Government Association (SGA) of Johns Hopkins University in Baltimore voted to deny Voice for Life status as an official student organization, according to Lifenews. The SGA asserted that Voice for Life’s involvement in peaceful sidewalk protests outside abortion clinics violated the school’s “harassment” policies and that one website (the Center for Bio-Ethical Reform’s) linked to on the Voice for Life site was “offensive.” In an e-mail an SGA official compared Voice for Life to a “racist hate group.”

It took “intense national pressure and a strongly worded letter from a pro-life legal group,” but on April 10 the SGA’s executive Judiciary Committee overruled the association’s previous decision and granted Voice for Life the same rights as other student organizations.Voice for Life president Andrew Guernsey told Lifenews: “We hope that our story of rising above discriminatory opposition can inspire pro-life students around the country to courageously take a stand for life at their own college campuses. 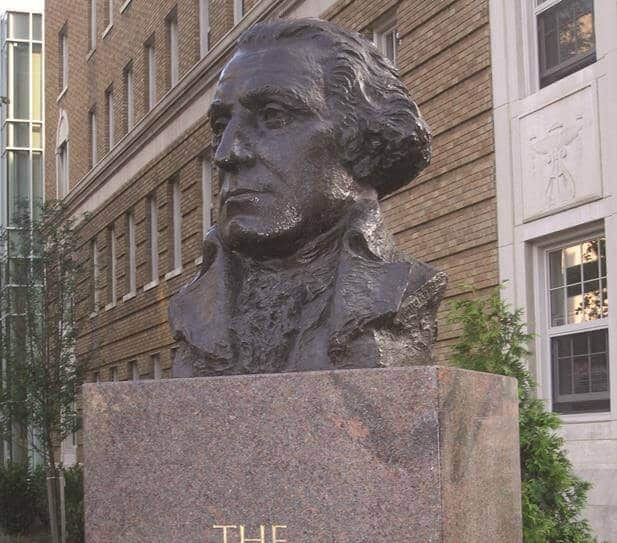 At George Washington University in our nation’s capital, two students launched a campaign this spring to press the university to remove Catholic chaplain Greg Shaffer and cut off the chaplaincy’s university funding. Why? Because Reverend Shaffer reaffirms biblical teaching on marriage, sexuality, and the sanctity of life. That’s what you might, in saner times, expect a Catholic priest to do. But these students—and the school’s left-leaning student paper, The Hatchet—considered Shaffer’s religious speech “too polarizing” and wanted him silenced. According to The Hatchet, GW’s “vice provost for diversity and inclusion” said her office was reviewing the Multicultural Student Services Center, which oversees religious life at the university.

When Catholics and consistent free-speech advocates rallied around the embattled priest, the two students who started the campaign claimed that they didn’t want the priest fired but only wanted to determine whether Reverend Shaffer—with his restatement of traditional Christian teachings—was in “violation of university anti-discrimination policies.” They also called for vetting of campus religious leaders to “better hold them accountable to university standards.”

Not all Catholic priests are so hidebound as Reverend Shaffer. Jesuit-run Gonzaga University announced on March 7, 2013, that students could not form a Knights of Columbus chapter at the university because the Knights are “a men’s organization in which only Catholics may participate,” according to a letter obtained by the Cardinal Newman Society. Which strikes us as funny, since another “men’s organization in which only Catholics may participate” is the Society of Jesus—the religious order that founded and still operates the college. It seems that the antidiscrimination regulations at Gonzaga apply only to student organizations—not to shrinking religious orders in control of multimillion-dollar college endowments and properties.

This decision provoked a nationwide uproar and alienated the Knights—known for their generous philanthropy and support of Catholic colleges—so it was not surprising when the university’s president, Thayne McCulloh, quietly overturned the ban on the Knights. The faculty adviser for the Knights chapter at Gonzaga, Professor Eric Cunningham, told The Spokane Spokesman-Review that he heard of the decision only from reporters—not from any school official. “I don’t get the sense the [university’s] opinion of the club has changed any,” Cunningham said. “It would be nice for the administration to say the [Knights of Columbus] exemplifies the values of Gonzaga.” The nature of Gonzaga’s “values,” it seems, is an open question. 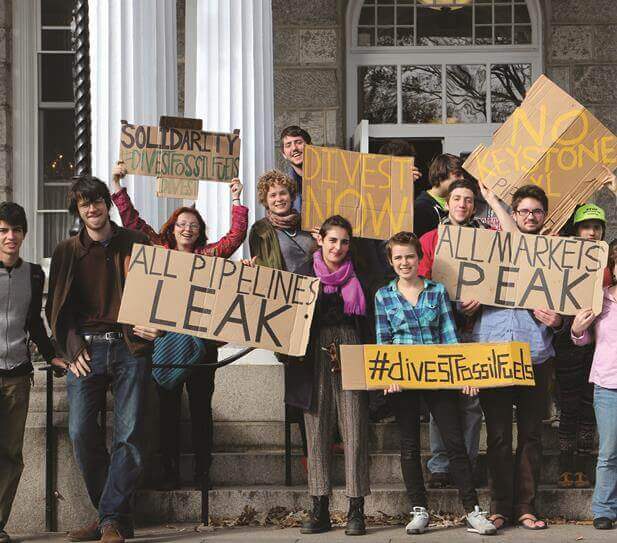 In the 1980s students led successful efforts to push their universities to divest from companies that did business with South Africa. (Other African dictatorships were left alone, as was the Soviet Union.) Now activists are trying to rouse the same moral dudgeon against . . investment in fossil fuel companies. The most dramatic events so far have occurred at Swarthmore and Vassar—where anti-fossil-fuel activists have aggressively tried to silence and intimidate dissenting students and keep alternative voices off the campus.

Eyewitness (and Intercollegiate Review contributing editor) Danielle Charette reported in the Wall Street Journal that at an open meeting of Swarthmore’s board on May 4, 2013, activists from the anti-fossil-fuel group Mountain Justice positioned “themselves to grab the microphone and disrupt the proceedings. The chairman of the Board Investment Committee, Chris Niemczewski, was in the middle of delivering the opening PowerPoint presentation . . when more than 100 student protesters burst into the room, waving signs and shouting.” Administrators present, including the college’s president, Rebecca Chopp, made no move to restore order. “One of the student panelists grabbed the microphone out of turn and handed it to a line of protestors who delivered speeches,” Charette reported. The protestors demanded, and got, a day of campus-wide required “teach-ins,” at which they presented demands including “making courses in ethnic studies and gender and sexuality required for graduation,” Charette wrote.

At Vassar College, students from the school’s embattled Moderate, Independent, Conservative Alliance tried to answer the divestment movement by inviting a dissenting speaker, Alex Epstein, president of the Center for Industrial Progress. As Intercollegiate Review Online reported: “Two students, Jeremy Bright and Will Serio, . . did everything they could to stop the event, kill discussion on the issue, and silence their opposition, even going so far as to pay Epstein not to speak. Threats on Epstein’s Facebook page ensued, and posters advertising the event on campus were stripped down. . At the event, nearly one-third of the audience .staged a pre-planned walkout,” totally disrupting an attempt at reasoned discourse.