Academic and Athletic Fraud at UNC

Editor’s Note: A copy of UNC’s report can be found here: http://academicreview.unc.edu/wp-content/uploads/2012/12/UNC-Governor-Martin-Report-12-19-2012-FINAL.pdf

A team headed by former North Carolina governor (and Davidson professor) James Martin has released its long-awaited report regarding academic misconduct in UNC’s Department of African and Afro-American Studies. But heavy on euphemism and delicate language, the report ignores troubling questions about both the role of athletics at UNC and how an academic department at a school like UNC could have gotten away with academic misconduct for nearly a decade.

The Martin Report concluded “that this matter was truly academic in nature and not an athletic scandal as originally speculated” but also “that the identified academic misconduct and anomalies were isolated to the Department of African and Afro-American Studies.” Though an academic scandal, it is entirely associated with the AFAM department. The misconduct was massive–students receiving grades for courses that never took place, a department chair and (perhaps) academic administrator changing students’ grades without knowledge of the professor who taught the class, suspicious behavior that dated back at least to 1997 and was never checked by either UNC administrators or other faculty members.

Martin’s team identified at least 21 African-American Studies courses, over a ten-year period “for which the instructor of record or the administrator for the subject of the course section could not confirm who taught the course section and approved the grades assigned to students.” This means that department administrators were unable to identify course instructors for classes in which grades were issued. The investigation also revealed that the disgraced department’s former chairman, Julius Nyang’oro, “was not consistently present, during the Fall, Spring, nor Summer sessions, to oversee the academic and administrative activities of the Department staff and instructors.” Dr. Nyang’oro, who chaired the department for more than a decade, resigned from his department chair in September of 2011 after stories by the Raleigh News & Observer revealed that he missed or ignored plagiarism by former football player Michael McAdoo, gave suspiciously high grades to other former football players, and hired a sports agent to teach a class in the department. Dr. Nyang’oro declined to be interviewed by the Martin group while the report was being assembled.

Politically inconvenient but obvious questions were ignored entirely by the Martin report: could academic misconduct of this type have occurred in a more academically rigorous department than African and Afro-American Studies? Should all academic departments at UNC or departments with displaying certain warning signs experience a similar audit? Should an elite university, or indeed any university, maintain an academic department whose performance violated not only common decency and honesty, but also the basic standards of a research university?

The report prefers, whenever possible, to employ euphemisms or delicate language to describe the department’s situation. For instance, what Martin vaguely calls “Inconclusive Lecture Course Sections” are actually phantom classes: “a course section for which neither the instructor of record nor the chair could confirm whether the course section had been taught.” Martin said that as his team reviewed the UNC record, it paid particular attention to courses that had a “lack of regularly assigned meeting time or location,” a “lack of assigned instructor of record,” or a “high level of grade changes as a percentage of the course section’s enrollment.”

Martin also delicately approached UNC’s multiple offense whenever possible. “Based on our interviews,” his report noted, “we understand that the University strives to maintain a culture that balances outstanding academic achievement and nationally-competitive athletics.  To this end, University policy provides for the admission of ‘selected applicants…who give evidence of possessing special-talents’ in athletics.  Of the approximately 175-200 student-athletes who enroll at the University as a part of each incoming class, some are admitted through the standard admissions process and without regard to their special-talent.  The remaining student-athletes are admitted through guidelines established by the Faculty Advisory Committee on Undergraduate Admissions.” This just admits what we all already know: UNC, despite its claim to be a world-class university, has an admissions structure that divides student-athletes from the rest of an incoming class that allows the school to enroll, at no cost to the student, academically unqualified students.

Interestingly, the Martin Report describes UNC’s four levels of admission when the university admits prospective student-athletes. The first level treats athletes no differently the student body as a whole, athletes who can be admitted regularly. The second level involves athletes who are good students but who might otherwise not gain admission–their “special talent” gives them a leg up, just as (for instance) a talented musician or artist might gain admission. Their talent is part of their package they are contributing to the university; we cannot disagree with this approach. 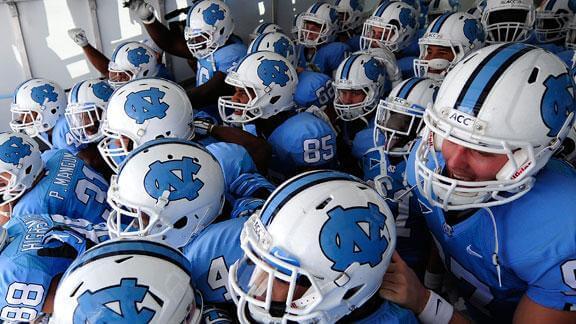 But then the process becomes shadier. The third admission level for student-athletes (Standard Athletic Recommendation) applies to applicants who would never gain admission but for their athletic abilities, but who “do exceed the minimum criteria established by the Faculty Advisory Committee on Undergraduate Admissions for consideration of varsity athlete admission.” And then there’s a fourth level, “Faculty Admissions,” for applicants who can’t even get in under the forgiving Standard Athletic Recommendation. These 20-25 annual applicants, almost incredibly, “may still be considered for admission” through a special committee, even as, in so doing, UNC purports to “maintain the academic integrity of the University” and “respect the competitiveness of admission to [the University].”

Despite these revealing facts about student-athletes and admissions—and what sort of regular courses could a student admitted under the fourth academic level “Faculty Admissions” possibly take at UNC?—the Martin report still describes the AFAM scandal as an academic affair rather than athletic. According to the report, “the percentage of student-athletes enrolled in [phantom] course sections was consistent with the percentage of student-athletes enrolled in all courses offered by the Department.” But clearly the offenses of the AFAM Department run deep; the report “identified 216 course selection, or over 40 percent of the initially selected course sections, with proven or potential anomalies,” anomalies which would classify these as phantom courses. And in the case of the AFAM department, there is evidence that academic counselors with the Academic Support Program for Student-Athletes (ASPSA) “were aware that certain courses within the Department were so-called ‘Term Paper Courses,’ and that lecture courses were being taught in an independent student format [that is, the lecture classes actually met infrequently]. When these concerns were raised,” the report states, “the Faculty Athletic Committee stated that it was incumbent upon each instructor of record to determine how to teach his/her own course and that it was therefore unnecessary for ASPSA personnel to question the instructional methods used.” 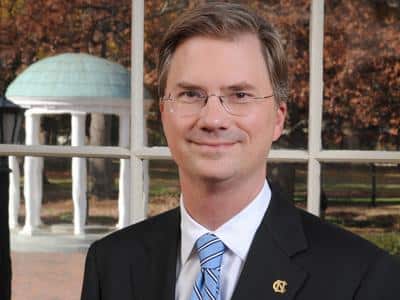 Clearly admitting obviously unqualified students just because they are athletes cannot be reconciled with the goals of academic integrity of the University and the over-hyped “Carolina Way.” On the day the Martin Report was released, outgoing Chancellor Holden Thorp released a University-wide email announcing the release of the report and wrote, “For years, we’ve been proud that we did things the right way. We probably took too much for granted. We became complacent, and we made some mistakes. We acknowledge that. Now we have to get better. We are embracing these findings, and we are moving forward as a much stronger university. I hope that ultimately we will be judged not only by what happened but by what we’re doing about it.”

What is the University “doing about it?” Not much. The independent Martin Report came about because Chancellor Thorp declined to do his own dirty work and conduct a thorough University investigation; Dr. Nyang’oro was allowed to resign from his chairmanship rather than being dismissed by the University and allowed to retire early from his teaching post, which he continued to hold after resigning as Chair, while the academic misconduct cost former football coach Butch Davis his job; Chancellor Thorp issued a series of weak-as-water statements as to how he was “surprised and shocked and sad;” and Chancellor Thorp announced his resignation will take place at the end of the 2012-2013 academic year. We would look forward to reading Chancellor Thorp’s list of suggested reforms to purge the University of academic fraud for the new Chancellor, but a list of reforms expanding much beyond syllabus reviews and stricter guidelines for independent study courses has not been released, much less written. But among the steps being taken to purge the AFAM department of its tarnished image and initiate a series of reforms is a name change, effective July 1, 2013: from African and Afro-American studies, the department will be hence known as African, African American and Diaspora studies.

In the face of a University’s compromised integrity, academic and athletic fraud dating back to 1997 and real grades for phantom courses, a name change should do the trick.

Popular Narratives Left and Right Are Wrong About the American Founding

A quick glance at the forgotten decade of Pamphlet Debates reveals why.

Remembering “the greatest conservative of our age”

The genius of Jonathan Swift's novel is that it teaches you to see things as they are—and at the proper scale.