A Student’s Guide to the Study of Law

The following is excerpted from the excellent little book, A Student’s Guide to the Study of Law by Gerard V. Bradley.

Holmes would soon be named to the United States Supreme Court, where he would serve as an associate justice for thirty years. On that festive day in 1897 he already was a member of Massachusetts’ highest court, a renowned legal scholar, and halfway through a career that would make him the most important figure in American legal history. He urged Boston’s law students to get “to the bottom of the subject.” He promised them that, by concentrating on the more general aspects of law, each would “not only become a great master in [his] calling, but connect [the] subject with the universe and catch an echo of the infinite, a glimpse of its unfathomable process, a hint of the universal law.”

Holmes was right: “masters” of the law do grasp its essential underpinnings—what Holmes called “theory”—without sacrificing attention to detail. He opined that any “competent” student could do both. Holmes hit another of his marks, too: the “bottom” of civil law does connect to “universal law.” But Holmes was profoundly mistaken about what that “universal” law is about.

Holmes well knew that popular morality and religious faith had much to do with the law of his day. He knew that many lawyers, too, believed in objective morality and traditional religious decline. But Holmes had left his religious faith behind on Civil War battlefields, where he was thrice wounded. He famously derided the notion of a universal moral law as the supernaturalist’s fable, or as “a brooding omnipresence in the sky,” the individual’s fancy that what he could not help believing was somehow woven into the fabric of the world. And he wanted very much to uproot the whole moralistic vision of law that surrounded him.

Holmes knew that the first step needed to change the law was to change how people understood the law. And what better group to evangelize than Boston’s law students? Holmes boldly presented to them his idea of the “man of the future”—”the man of statistics and the master of economics.”

Holmes wanted lawyers to be men—and women—of tomorrow, not yesterday or today. These “new” lawyers would be oracles; they would see the way law should be understood. They would then become reformers; they would make law as it should be made.

Holmes was no mean prophet. For him and for many since, the social sciences, chiefly economics, form the baseline foundation, the “bottom” of law. Today, many theorists who count Holmes as their forebear see at law’s “bottom” even harder behavioral sciences, such as sociobiology and other disciplines which explain human behavior on the basis of mechanistic assumptions that implicitly deny human free choice. For these behaviorists, cause and effect is the complete explanation of human behavior. It is all in the hard wiring: people cannot do other than they do. Based on these suppositions, morality cannot be the foundation of law because there is no reality to morality.

What’s the point of deciding what is right and wrong about human choices, if people cannot choose at all?

The real challenge of the future—today as much as when Holmes dedicated the law building—has to do with moral truths that are not reducible to calculus, with propositions concerning right and wrong that do not fit on utility curves.

At law’s “bottom” lies the domain of objective morality, the critical standards by which one judges what one (or another) decides (or has decided) to do to be either morally upright or morally vicious. These moral norms are antecedent to all human choosing. They do not depend for their soundness upon custom or culture. Their validity does not depend upon human approbation. They do not depend upon their reception into the positive law for their truth. They are norms justified by their rational force, by their reasonableness, by their truth—and not by their conformity to the law of averages. Positive law supervenes upon this domain. Its distinctive contribution to morality takes the form of directing people’s action in political community towards justice. 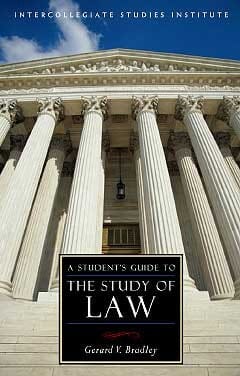 This does not mean, of course, that all laws are morally justified, any more than Holmes meant that all laws would some day actually make economic sense. Laws are made by fallible human beings, all too susceptible to flattery and corruption and prejudice. Legal systems will always be mixtures, more or less, of truth and error, wisdom and folly. But human finitude is no excuse for denying that law is to be understood as an extension or special case of ethics.

One cannot understand law save by its connection to objective moral ends. One can make no more sense of law as ordered to iniquity than one can of religion as ordered to money or power or rationalization. Part of the empirical story about religion involves venality, betrayal, and falls from grace. But religion itself has to do with the transcendent. The history of legal systems includes plenty of derailments into injustice. But law itself is about good order in political society—and that is how one has to see it if one is to see it clearly at all.

Gerard V. Bradley is professor of law at the University of Notre Dame, where he teaches Legal Ethics and Constitutional Law.

Complement with James V. Schall’s guide to liberal learning, Stella Morabito on how to sort truth from propaganda, and Michael Douma on how to transition from college to grad school.

Does capitalism corrode culture? I think the answer is yes and no.

Stan was the voice of conservatism in the pre–Ronald Reagan years. Yet he is largely unknown today.

Free Markets Aren’t Everything: A Reflection on Parasite