How Much Liberty Are You Prepared to Renounce in the Current Crisis?

Leading Political Thinker Charles R. Kesler Reveals How Much Is at Stake for America’s Future

By now you might have gotten used to all the COVID-related changes.

But think about what you’ve become inured to:

So now Charles R. Kesler, one of America’s most influential political thinkers, has a question for you:

How much personal liberty, due process of law, freedom of association and movement, and constitutional restraint on government are Americans prepared to renounce, or defer?

Join Kesler live on Wednesday, August 26, at 7 p.m. ET as he discusses these issues on Conservative Conversations with ISI.

Dr. Kesler has received the prestigious Bradley Prize and been named one of the Politico 50—the publication’s annual list of the key thinkers reshaping American politics. In this in-depth conversation, he’ll offer a probing look at the future of liberty and constitutional government.

Register now for this discussion. Dr. Kesler will answer your questions in real time. 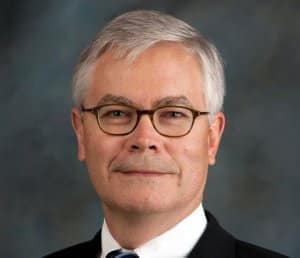 Charles R. Kesler is Distinguished Professor of Government at Claremont McKenna College, Senior Fellow of the Claremont Institute, and Editor of the Claremont Review of Books. In 2018 he received the prestigious Bradley Prize, which recognizes outstanding contributions to American scholarship and debate. Dr. Kesler is the author of I Am the Change: Barack Obama and the Crisis of Liberalism and coeditor, with William F. Buckley Jr., of Keeping the Tablets: Modern American Conservative Thought. His edition of The Federalist Papers (Signet Classics) is the best-selling edition in the country.