A Day at The Russell Kirk Center with James Matthew Wilson

The Conservative Spirit of the High Modernists

The great modernist writers James Joyce, T.S. Eliot, and Ezra Pound are best remembered for their radical experiments in literary form. In the early twentieth century, these experiments were associated with the rise of radical programs and secular ideologies that transformed political life for the next century. These writers, however, were more concerned with a recovery of the great insights of western civilization and with rescuing the integrity of aesthetic form from the clutches of the sentimentality of modern liberalism and the “banal evasiveness” of the belief in inevitable scientific, moral, and social progress that Eliot would denounce as “whiggery.” In this seminar, we will read the work of these authors to understand them for their own sake, to evaluate their achievement as artists, and to gain a sense of the conservative and at times reactionary spirit by which they sought to make new forms for a new age that would draw into the present the living spirit of classical and Christian wisdom. Taken together, their work responds to the strait jacket of the ideology of liberalism by recovering a sense of the freedom that occurs when the history-transcending person contemplates aesthetic form and the form or structure of reality as a whole.

Email Josie McDonell at jmcdonell@isi.org with any questions. 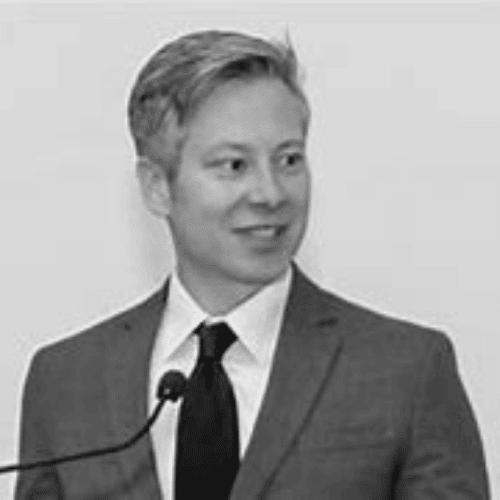 James Matthew Wilson is Cullen Foundation Chair in English Literature and the Founding Director of the Master of Fine Arts program in Creative Writing , at the University of Saint Thomas, Houston.  An award-winning scholar of philosophical-theology and literature, he has authored dozens of essays, articles, and reviews on all manner of subjects secular and divine, and especially on those where we see the two in their intrinsic relation, as truth, goodness, beauty, and being disclose themselves in art and culture, in the political and intellectual life, in our quest for self knowledge and the contemplation of God.  His scholarly work especially focuses on the meeting of aesthetic and ontological form, where the craftsmanship of art-work discloses the truth about being.

Wilson is a poet and critic of contemporary poetry, whose work appears regularly in such magazines and journals as First Things,  The Wall Street Journal​, The Hudson Review, Modern Age, The New Criterion, Dappled Things, Measure, The Weekly Standard, Front Porch Republic, The Raintown Review, National Review, and The American Conservative.

He has published twelve books, including six books and chapbooks of poetry. Among his volumes are: The Vision of the Soul: Truth, Goodness, and Beauty in the Western Tradition (CUA, 2017); the major critical study, The Fortunes of Poetry in an Age of Unmaking (Wiseblood, 2015); and a monograph, The Catholic Imagination in Modern American Poetry (both Wiseblood Books, 2014).  His most recent books include The Strangeness of the Good (Angelico, 2020), the poetic sequence, The River of the Immaculate Conception (Wiseblood, 2019), and I Believe in One God: Praying the Nicene Creed ​(CTS, 2022).

Wilson serves as the Poet-in-Residence for the Benedict XVI Institute for Sacred Music and Divine Liturgy, as Poetry Editor of Modern Age magazine,  and series editor of Colosseum Books, of the Franciscan University at Steubenville Press.  He also serves on the boards of several learned journals and societies.

Twice, Wilson has been awarded the Lionel Basney Award by the Conference for Christianity and Literature; he has been a runner up for both the Foley Prize for Poetry by America magazine and the Jacques Maritain Essay Prize by Dappled Things magazine.  The Dallas Institute of Humanities and Culture awarded him the 2017 Hiett Prize in the Humanities, the largest award of its kind. Wilson’s The Strangeness of the Good won the Catholic Media Awards prize for poetry in 2021. The Vision of the Soul received the 2022 Parnassus Prize from Memoria Press.