Conservative Book of the Year Award

ISI’s Conservative Book of the Year award recognizes thoughtful books that contribute to the rich debate about important conservative ideas. The winner receives a $10,000 cash prize along with ISI’s Paolucci Book Award.

Wilfred M. McClay for his acclaimed history Land of Hope, just announced as this year’s winner!

RESERVE YOUR SEATS FOR THE DINNER

Join Us on March 28 for the Award Dinner!

On Saturday, March 28, come hear from the winner of ISI’s 2020 Conservative Book of the Year award: Wilfred M. McClay, author of the acclaimed history Land of Hope.

Join us on March 28 to hear McClay speak on his masterful look at the “great American story.” Land of Hope has earned widespread acclaim. Daniel Henninger of the Wall Street Journal, for example, calls McClay’s book “the most balanced, nuanced history of the United States I have read in the past fifty years.”

At the dinner, McClay will receive ISI’s Paolucci Book Award as well as a $10,000 cash prize.

Here are details on the dinner:

Reserve your seats for the dinner now!

Register for the March 28 Conservative Book of the Year dinner, where award winner Wilfred M. McClay will speak on his acclaimed history Land of Hope

About Wilfred M. McClay and Land of Hope, winner of the 2020 Conservative Book of the Year award 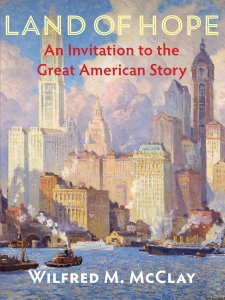 Wilfred M. McClay, a distinguished historian, has filled a gaping void with Land of Hope: An Invitation to the Great American Story (Encounter Books). His compact, authoritative, and compulsively readable book offers American readers a clear, informative, and inspiring narrative account of their own country.

Too many historians, reflecting the specialization that increasingly characterizes academia, present only fragmented and fractured views of modern American society, failing to convey the greater arc of our own history.

Or they disproportionately reflect the outlook of radical critics of American society, whose one-sided accounts lack the balance of a larger perspective and have had an enormous, and largely negative, effect on the teaching of American history in American high schools and colleges. Think of works like Howard Zinn’s hugely influential A People’s History of the United States.

Land of Hope corrects both problems. It is not a fairy tale or a whitewash of the past. But there is no necessary contradiction between an honest account of the American past and an inspiring one.

A great nation needs and deserves a great and coherent narrative. Land of Hope delivers it. 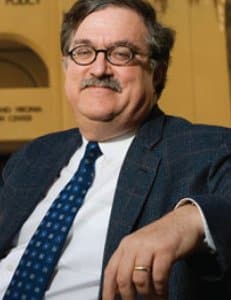 Wilfred M. McClay is the G. T. and Libby Blankenship Chair in the History of Liberty at the University of Oklahoma and the Director of the Center for the History of Liberty. His book The Masterless: Self and Society in Modern America was awarded the Merle Curti Award of the Organization of American Historians for the best book in American intellectual history. Among his other books are A Student’s Guide to U.S. History, Religion Returns to the Public Square: Faith and Policy in America, Figures in the Carpet: Finding the Human Person in the American Past, and Why Place Matters: Geography, Identity, and Civic Life in Modern America. He was appointed in 2002 to membership on the National Council on the Humanities, the advisory board for the National Endowment for the Humanities, and served in that capacity for eleven years. He has been appointed to the U.S. Semiquincentennial Commission, which is planning events for the nation’s 250th anniversary in 2026. He has been the recipient of fellowships from the Woodrow Wilson International Center for Scholars, the National Endowment for the Humanities, and the National Academy of Education. He is a graduate of St. John’s College (Annapolis) and received his PhD in history from Johns Hopkins University.

PRAISE FOR LAND OF HOPE

“At a time of severe partisanship that has infected many accounts of our nation’s past, this brilliant new history, Land of Hope, written in lucid and often lyrical prose, is much needed. It is accurate, honest, and free of the unhistorical condescension so often paid to the people of America’s past. This generous but not uncritical story of our nation’s history ought to be read by every American. It explains and justifies the right kind of patriotism.”
―Gordon S. Wood, author of Friends Divided: John Adams and Thomas Jefferson

“Those who are acquainted with Wilfred McClay’s writing will not be surprised that Land of Hope, his latest book, is a lucid and engaging account of the ‘great American story.’ McClay is a charming storyteller―and a first-rate scholar and appreciator of America’s political and cultural development.”
―Michael Barone, resident fellow at the American Enterprise Institute

“We’ve long needed a readable text that truly tells the American story, neither hiding the serious injustices in our history nor soft-pedaling our nation’s extraordinary achievements. Such a text cannot be a mere compilation of facts, and it certainly could not be written by someone lacking a deep understanding and appreciation of America’s constitutional ideals and institutions. Bringing his impressive skills as a political theorist, historian, and writer to bear, Wilfred McClay has supplied the need.”
―Robert P. George, McCormick Professor of Jurisprudence, Princeton University

“In a time when America seems pulled in opposite directions, Wilfred McClay has written a necessary book―the most balanced, nuanced history of the United States I have read in the past fifty years.”
―Daniel Henninger, deputy editor, editorial page, The Wall Street Journal

ISI honors the Conservative Book of the Year with the Paolucci Book Award. The award is named in memory of Henry and Anne Paolucci, distinguished scholars, teachers, and writers who exemplified the ideal of the public intellectual.

The award winner’s lecture is routinely aired on C-SPAN’s Book TV. See links below for previous broadcasts. Past winners of the award include:

RESERVE YOUR SEATS FOR THE MARCH 28 DINNER
↑
Sign up to get your free ebooks
No Fields Found.